Miss Onyebuchi Obulueze is the only female tricycle rider in Asaba. Besides being the only female rider, she is the chairman of her unit where she makes decision for men but with heavy oppostion from the menfolk. After writing her Senior School Certificate Examination (SSCE) in another school, she took up serving a lady, whom she said maltreated her very badly, hence she left. “So, after that I just decided to look for tricycle and ride. I prefer to depend on myself and do what I can do to survive on my own than look up to man. That was why I picked up keke and began to ride,” According to her, she borrowed the money for the keke which she paid back on installment basis. And since she began tricycle riding, it has not been bad for her. But one issue she is contending with is her leadership of the unit in her hand. She said: “Presently, I’m the traffic light unit chairman but I’m having difficulties there with the people. Because where they have been eating from, it’s like I’m trying to block them. They are eating people’s money. And I decide to bring an end to it. But all my executives are now against me.” For her, being chairman as a woman in an association dominated with men is a herculean task. The opposition is stiff. Besides being a woman chairman among men, they are opposing her as she is seen to blocking their moves. “Being the chairman is tough. Both mockery and so many other things I face in their hands but I have to keep on moving because I know what I’m aiming at. So I will keep on moving till I achieve my goal. “If you are good, God will assist you to achieve your goals. But if you are bad, you will end up after the whole thing, achieving nothing. All the efforts you are putting in will be fruitless. But if you are doing the right thing, God will guide you. Just keep on praying to him, he will guide through. “That is my belief. I will not tell you that it’s easy, and I’m enjoying it, no, it’s tough. But I know one day things will work out well for me,” she explained with all firmness. 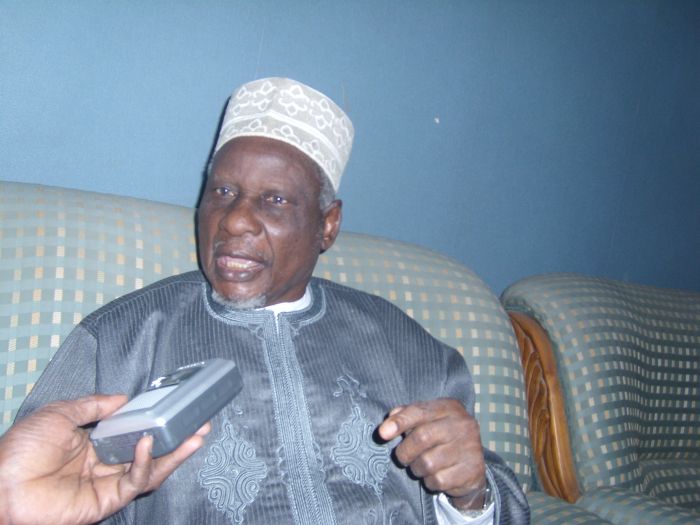 Why Nigeria Should Separate – Yakasai Opens Up