Nigerians Deserve To Know If Buhari Is Dead – Fani-Kayode | Gidicloud

Former Aviation Minister, Femi Fani-Kayode, has asked the Nigerian presidency to clear the air on reports that President Muhammadu Buhari is dead. Fani-Kayode on Tuesday lamented that instead of responding to the words of Eric Joyce, the former British MP who said that Buhari had died in a London hospital, Femi Adesina, presidential adviser on media, in an essay titled, “They Learnt Nothing and They Forgot Nothing,” refused to clarify the matter. He advised Adesina, “to firstly stop worshiping the government and secondly to seek the face of God on this matter.” “I also advise him to forget Buhari because it is all over for him. He will never be the same again. This is because the blood of the innocents and the souls of the wounded and tortured are speaking against him before the Lord of Hosts and the God of Heaven. “Our President did not just kill thousands before, during and after our civil war but he also committed the crudest and most primitive form of hideous gang rape and violent armed robbery against the Nigerian nation-state by toppling a democratically-elected government in 1983 before he himself was toppled two years later. “In his essay Adesina claimed that Buhari is “not corrupt” yet what greater act of corruption, betrayal and treachery can there possibly be than the murderous, barefaced, brazen sacking, robbing, stealing and pillaging of a nations ENTIRE government and the violent imposition of one man’s will over 100 million people with the barrel of a gun. That is precisely what General Muhammadu Buhari did to Nigeria in 1983. “Not only that but he also placed a dark and evil veil over our nation, unleashed hell and mayhem on thousands of innocent people, locked them up for no just cause, unjustly applied retroactive laws, destroyed many great men and prominent families, increased the suffering of the poor and sent thousands of people to an early grave. “Adesina should stop attempting to sell his repugnant “Buhari is the Messiah” gospel, rid himself of what Dr. Reuben Abati, the former Special Advisor on Media to President Goodluck Jonathan, recently described as “the Villa curse”, move on with his life and let the dead bury the dead. “He should stop behaving like the stubborn fly that insists on following the corpse into the grave. He should spend far more time seeking the face and counsel of the Lord and in deep introspection. “He should consider the sheer evil that his principal has unleashed on the Nigerian people and the injustice, wickedness and barbarity that he has soiled his hands with over the last two years.” 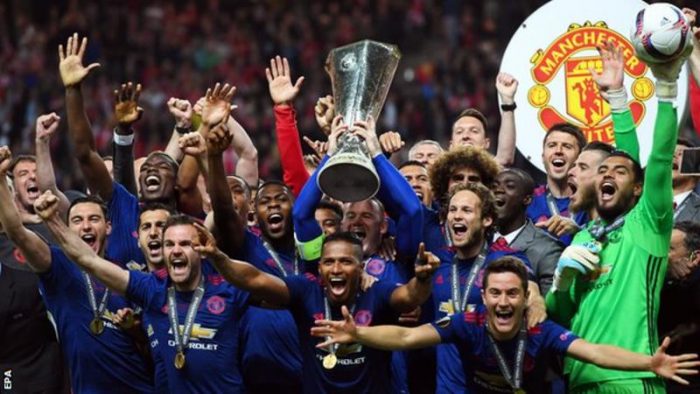 Pregnant OAP Toolz And Her Baby Bump Step Out In Style