An insider has revealed that Asiwaju Bola Tinubu released $30,000 (N11.4 million) towards the ferrying of the corpse of Moji Olaiya from Canada to Nigeria, and other expenses. The APC national leader and pillar of democracy donated the sum on Monday, May 22, 2017, when he met with family members of the star actress, her daughter and burial committee members. According to Encomium, one of them inadvertently mentioned the figure today. He wrote: “I may be wrong, Asiwaju who promised the committee $40k on Saturday changed it to $30k by Monday. Perhaps he had been fed Gov Ayo Fayose had helped. Meanwhile the committee had thought they will use the excess to pay Adun’s school fees and empower the grandmum who will take up the upkeep of the 2 months old the deceased left behind.” Moji Olaiya, 42 and mother of two daughters, died in the morning of Thursday, May 18, in Canada of cardiac arrest following childbirth complications.

Harrysong Proposes To His Lover 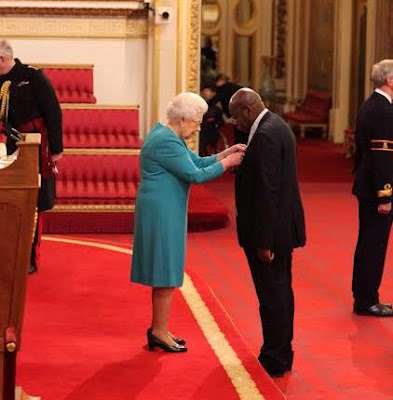