Students of LAUTECH have explained why they vehemently refused to allow candidates of the 2017 UTME examination, from entering the institution. According to Premium Times, the students of the Ladoke Akintola University of Technology, Ogbomosho, have explained why they shut the gates of the institution against candidates of the 2017 Unified Tertiary Matriculation Examination, UTME last week. The candidates who were to sit for the examinations on Monday last week at a Computer-Based Test (CBT) centre inside LAUTECH were prevented from gaining entrance into the campus by protesting students of the institution. The students who had mobilised for the protest, stationed themselves as early as 6.00 a.m. in teams at all the entrances into the institution. Their barricades prevented movement into and inside the campus, denying even staff of the institution entry. Some of the students who spoke to Premium Times on Tuesday said their move was targeted at drawing the attention of the Federal and State governments to their plight. The institution, jointly owned by Oyo and Osun states, was closed between June 2016 and February this year. The failure of the two states in fulfilling their shared funding responsibility provoked the workers to shut down the institution, just before the students were scheduled to begin their second semester examinations. The two state governments in February paid N500 million for settlement of workers’ salaries, prompting the school to resume. Upon resumption, the students completed their 2015/2016 academic year first semester exams in April but academic activities have since again been put on hold. “Last week we thought it right to call the attention of the federal and state government. We thought that preventing JAMB candidates from writing exams is the only avenue we can use to make our agitation well known,” Oyedeji Ahmad, a final year student of Agronomy said. “We are yet to start receiving lectures, we want the governors to address our plight. “We have been in the same level since 2015. The final year students are not sure of graduating this year. Due to this frustration, a lot of students have engaged in social vices, cyber crimes etc. “The younger students are now taking and gaining admissions into higher institutions but we in the final year are just trapped,” Mr. Ahmad said. Freedom Siasia, a 300-level student, said he was to participate in the UTME but was prevented even though he was a student of the institution. “I obtained a JAMB form since the strike has kept me on the same level for long. On that Monday, I even begged to be allowed to enter since I am a student of the school with a registration number, but I was not allowed. The argument was that JAMB candidates should go back to their parents and tell them what happened then something might be done,” Siasia said. He however added that he later wrote his exams in Shaki, a neighboring town. David Tunwagun, a final year student of biochemistry said he entered the school in 2011 and was to graduate in 2016 but has not due to the crisis in the school. “We are not getting younger,” Mr. David stressed. The alumni association of the school over the weekend apologized to JAMB and UTME candidates while condemning the students for their actions. “The Alumni Association understands that the students’ action was borne out of frustration on the effect of the strike action on their future. We therefore apologize to the candidates, JAMB Management and the entire public for the untold hardship and embarrassment the action might have caused them. “In a similar vein, the Alumni Association in strong unequivocal terms, condemns the despicable action of a section of the students that went on the rampage and distastefully displayed the obituary of a living Vice-Chancellor. We find this act as barbaric and a display of poor character,” the association said in a statement signed by its spokesman, Samson Owoyokun. Meanwhile, JAMB said it has conducted the UTME process for the affected candidates in Oyo. “They later took the exams in different centres in Oyo and it was hitch free”, JAMB’s spokesperson, Fabian Benjamin, told Premium Times on phone. LAUTECH spokesperson, Lekan Fadeyi, told Premium Times that the lecturers have resumed but he could not comment on why the students hindered the UTME process. “The students are in the best position to say why they acted the way they did,” he said. But Mr. Owoyokun, the spokesman of the alumni association, said academic activities in the school remain paralyzed because the governments were till owing lecturers and other workers seven months salary. “When the school resumed in February, the lecturers received N581million, payment for two and a half months – July 2016, January and half of February was covered. “However, they are still being owed five months from last year and two months for this year making it seven months. “They have not gone on strike officially but if you go to the school, academic activities have being paralyzed, doors are shut,” Mr. Owoyokun said. Meanwhile, the students were set for another round of protests from Wednesday morning when they vowed to march to Osogbo. “We are going on another peaceful protest in Osogbo to demand for reopening of the university,” Mr. Ahmad said. 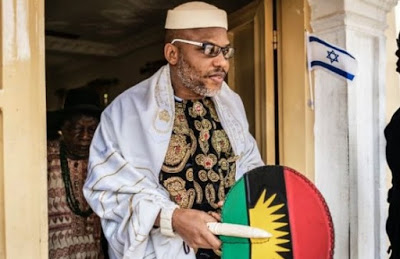