Lol. Jamaican dancehall artist threatens to assault female colleague over her song asking Jamaican men to go down on their women | Gidicloud

Lol. Jamaican dancehall artist threatens to assault female colleague over her song asking Jamaican men to go down on their women - 4 years ago 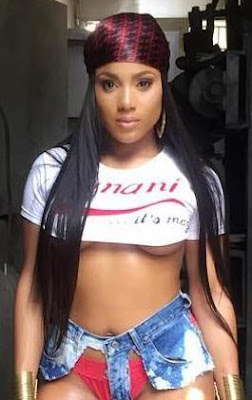 Wait, Jamaican men don't go down on their women? Lol. The way legendary Jamaican dancehall artist Bounty Killer is taking it personal, it looks like so. So here's what's going. A popular female dancehall artist named Ishawna released a new single called 'Equal Rights', where she talks about if men what to receive head, they should also be ready to give! You go girl, I agree! Lol. But it looks like it's touchy and controversial topic in Jamaica because many men over there supposedly believe that giving a female oral sex is “unGodly.”. But receiving is not? Hmmmm So anyway, in her son, Ishawna sang; I just got started What you think one round can do Bumper to your forehead Show me weh you tongue can do If you nuh have it inna waist You better have it inna face You have a clean mouth and your lips dem sexy, Treat me like a bottle a Pepsi Well, yesterday Bounty Killer, who is also a 'Warlord' warned Ishawna not to perform the song at an event where he's scheduled to attend. Threatening her, he wrote; “@mslegendary cyaah sing da song deh at this show, else mi a go rush har. Nuh kitten or catfish can nuh bloodclaat (Jamaican curse word) bother come because that cyah sing, else she cannot be on no more shows with me,”! Not to be intimidated, Ishawna responded “This festive bad. Mi never know me and Killa a guh war dung a Portland next week? Bring it on Rodney! #equalrights,” … which translates to … I’m not afraid of you!

2 weeks ago
Song of The Week
Burna Boy – Kilometre
4 days ago
Video of The Week
Mohbad – Marlians Anthem
2 hrs ago
Suscribe
Receive our latest updates, songs and videos to your email. We promise we do not spam.
Top Post Type
Music Video Series Album News