As Nigeria marks 2 years of the Muhammadu Buhari-administration, the economy is struggling to recover from a recession that has hit many hard, The Punch’s Femi Asu writes. Still smarting from the impacts of the recession that the economy slid into after the start of the 2nd year of the Buhari-administration, many Nigerians are eager to see recovery. But the Gross Domestic Product report released last week by the National Bureau of Statistics showed that the recession failed to end in the first three months of this year contrary to expectations. The nation’s GDP contracted by 0.52 per cent (year-on-year) in real terms in the first quarter of 2017, representing the fifth consecutive quarter of contraction since the first quarter of 2016. The economy had shrunk by 1.5 per cent in 2016, the first full-year contraction in 25 years. After several months of slowdown in growth on the back of the steep fall in crude oil prices, the economy contracted by 0.4 per cent in the first quarter of 2016, 2.1 per cent in the second quarter, 2.2 per cent in the third and 1.3 per cent in the fourth. Amid the sustained low oil prices, the resurgence of militant attacks on oil and gas facilities in the Niger Delta last year disrupted the nation’s oil production and worsened government’s revenue woes. But analysts have said that the way the government handled the economy, particularly the delays by monetary authorities in implementing a flexible foreign exchange policy, exacerbated the impact of weaker oil earnings on the economy. While the nation has seen a slowdown in the negative growth rates in the last two quarters, the Chief Executive Officer, Financial Derivatives Company Limited, Mr. Bismarck Rewane, said the journey to recovery would take time. “Two years, we have gone down into the pit and we are coming back out. But the recovery journey is slow, painful and it is going to take time. Even if we get 0.1 per cent positive growth, we are out of recession. But that is not enough to make people comfortable,” he told our correspondent on Sunday. The Chief Executive Officer, Cowry Asset Management Limited, Mr. Johnson Chukwu, said the Buhari’s government performed below par in its first two years, given the current state of the economy compared to what it was in 2015. He said, “When the government took over in 2015, the unemployment rate was 7.5 per cent; as of the end of the third quarter of 2016, when the last report was made available, the unemployment rate had gone up to 13.9 per cent. In 2015, the inflation rate was below nine per cent; in April 2017, it was 17.24 per cent. “In 2014, the GDP grew by 6.22 per cent; in 2015 when the government took over, it grew by 2.78 per cent. In 2016, it contracted by 1.5 per cent. Those are the highlights of parameters you use to measure an economic performance.” Chukwu said government should take responsibility for the deterioration of the economy, adding that they would need to move at a fast pace in driving its economic recovery and growth plan. The nation’s inflation rate, which climbed to 18.72 per cent in January, fell for the first time in 15 months to 17.78 per cent in February, 17.26 per cent in March, and 17.24 per cent in April. The stock market has rebounded significantly in recent times as the market capitalisation of listed equities hit the $10tn mark on Friday from N8.716tn on April 21, when the Central Bank of Nigeria established a forex window for investors and exporters to boost liquidity in the forex market. The foreign reserves, which rose to $30.988bn on May 4 from $25.84bn on December 30, 2016, have declined to $30.494bn as the CBN continued effort to prop up the naira by supplying the forex market. The naira, which slumped to an all-time low of 520 to the dollar on the parallel market in February, stood at 382 to the dollar on Friday. Electricity generation in the country has yet to reach the peak generation of 5,074.70 megawatts achieved on February 2, 2016. It stood at 4,206.10MW on Sunday, according to data from the System Operator. The Global Chief Economist, Renaissance Capital, Charles Robertson, in an emailed report, noted that Nigeria’s per-capita GDP had fallen to around $1,740, from over $3,000 in 2014. “We think most metrics in Nigeria will be demonstrating improvement in 2017, provided that oil prices and production do not plunge. We are cautiously positive on equities and bonds at an exchange rate of around N400/$,” he said. Analysts at SBM Intelligence, in a new report on the Buhari’s administration, said perhaps the biggest economic item that dominated the conversation over the last year had been the government’s management of the foreign exchange market and its far-reaching impact on economic performance. They said, “In this regard, the central bank and the Ministry of Finance have shown less than convincing mastery in handling this hot button issue. “The announcement in June 2016 of a currency float, which was initially met with delight from investors and the market, turned to be the start of a multi-exchange rate system that bred a mix of frustration and confusion, while doing little to achieve the CBN’s intent of reining in the distortionary effect that short sellers and black marketers were having on the national currency.” Rewane said the country would not get back to its five-year average growth rate until 2019/2020. “The government needs to invest and spend. If you are going to be spending only N7tn in a year, which is four per cent of your GDP, that is not going to cut it. You need to do almost three times that for the impact to be felt. As far as I am concerned, everything directionally is okay but in nominal terms, we are still way below what we should be doing,” he added. 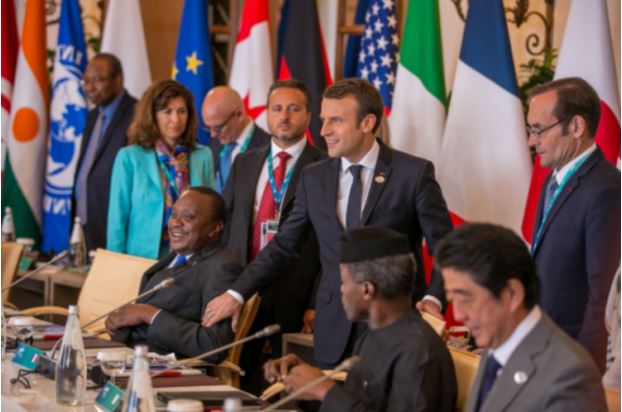