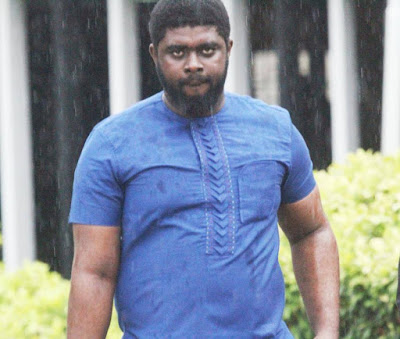 Justice A.M. Nicol-clay of the Lagos State High Court sitting in Igbosere, today convicted an Internet fraudster, Moka Chukwuemeka Pascal, for a $7,016 fraud. The accused was arraigned on an amended one-count charge bordering on obtaining money under false pretense to the tune of $7,016.00. Pascal had approached an Australian national, Russel Stanley Loach, demanding the sum of $7,016.00 to enable him secure the release of his (Loach) girlfriend from some kidnappers’ captivity. The victim allegedly paid the money into the account of the suspect’s accomplice, who is now at large. The accused pleaded guilty to the charge when it was read to him. In view of his plea, the prosecution counsel, M. S. Usman, told the court that the accused had entered a plea bargain agreement with the Commission. The prosecution counsel also urged the court to adopt as its judgment the terms of the plea bargain agreement with the accused. The prosecution counsel tendered some documents, including the petition, statement of defendant, EFCC’s letter to Access Bank Plc as well as the response from the bank, which were all admitted as exhibits by the court.