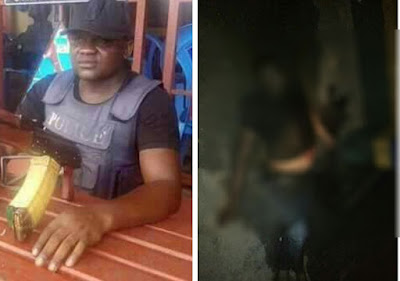 Davies Adudu popularly called Odudu and Sgt. Emmanuel Mbang have been identified as two of the three officers, who died in the clash between Naval officers and Policemen in Cross River State. The incident which occurred early Tuesday evening along IBB way has different versions of what may have triggered the crises. While some people who spoke to our reporter claim the crises started after a naval personnel beat traffic in front of the UJ Esuene stadium, refused to stop at a police check point and was subsequently shot by a policeman. Others say the crises erupted after a police officer was beaten by naval ratings/officers for making a turn in front of their gate and bashing the gate in the process, which infuriated policemen from Akim Police station. This then lead to the shooting of a navy rating who manhandled the police officer.