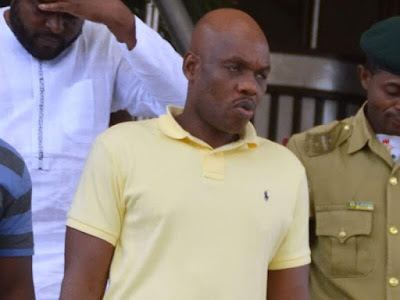 Justice Gabriel Kolawole of a Federal High Court sitting in Abuja, today struck out one of the treason charge brought against the alleged mastermind of the 2010 Independence Day bombing, Charles Okah. In dismissing the charge, Justice Kolawole said the evidence brought before his court did not prove that former President Jonathan, who was at Eagle Square when the incident happened, was intimidated by the attack. According to him, the prosecution team has failed to provide any evidence to prove that Jonathan was sneaked out of Eagle Square after the bomb went off. He said the evidence did not prove a case of treason as contained in count one of the charge. He also said the evidence cited by the prosecution failed to prove that governors who attended a meeting on March 15th 2010 in Warri, Delta State, where another blast occured, were also intimidated. Okah is now to stand trial for only the terrorism charge against him.