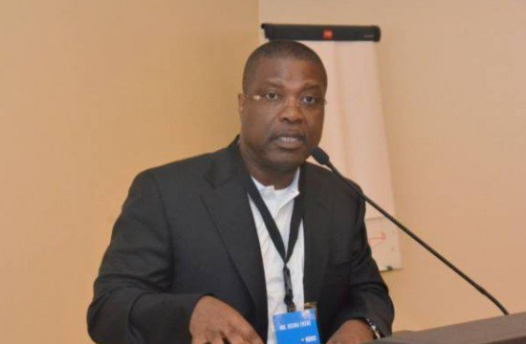 A police officer attached to the managing director of the Niger Delta Development Commission (NDDC), Nsima Ekere, lost his life after a trailer lost control and rammed into their convoy earlier in the day. The NDDC boss and his entourage where on their way to Calabar, Cross Rivers state to receive acting presidnet Yemi Osinbajo when the accident happened. A statement issued by the NDDC’s Director, Corporate Affairs, Toye Abosede reads in part; "The convoy of the Managing Director of Niger Delta Development Commission (NDDC), Mr. Nsima.Ekere, has been involved in a road mishap. The incident, along the Calabar-Itu Road, occurred when a trailer ran into the pilot vehicle carrying policemen attached to the NDDC Managing Director who was on his way to Calabar to receive the Acting President, Professor Yemi Osinbajo. The victims were immediately taken to a nearby hospital where they are receiving urgent medical attention for injuries. Unfortunately, one of the policemen could not be saved. Members of the entourage in other vehicles were unhurt in the unfortunate incident’’.