A woman has been given the shock of her life after discovering she was pregnant several months after finding her boyfriend dead. Stephanie Thompson and her late boyfriend, Dan Muirhead Stephanie Thompson, a 24-year-old woman was shocked to find she was expecting a baby…eight months after waking up one morning to find her boyfriend dead in bed next to her. According to The Sun UK, Stephanie Thompson revealed that she had been trying to have a baby with scaffolder boyfriend Dan Muirhead, 29, for two and a half years. On May 23 last year, she got up for work at their Plymouth home and returned a few minutes later to find he still hadn’t got up. She shouted and shook him, lifting his arm up – but it flopped back down on the bed. Paramedics told her over the phone to carry out CPR on him till they arrived, but it was too late. They were unable to do anything to bring the 29-year-old back and a post mortem discovered that he had two heart conditions which led to his death. Eight months later, as she was beginning to piece her life back together after losing her partner of six years, she found out she was expecting Dan’s baby. Having felt constantly bloated and uncomfortable, she asked Dan’s stepmother to feel her stomach. The step mum said she thought Steph either had gallstones or was pregnant. She booked an appointment in January this year, and after putting a heart monitor on Steph’s stomach, the doctor confirmed she was heavily pregnant. Just four weeks later, on February 11, Steph, who lives in Plympton, gave birth to a healthy boy and called him Jesse. Cuddling Jesse, who will be sixteen weeks old tomorrow, she said: “I must have been pregnant a few weeks before Dan died. “I was so focused on everything that happened last year – I had felt bloated but just thought I had put on weight. “I wasn’t sure how to react – straight away I knew I still had a part of Dan which was amazing, but at the same time heart-breaking for him not to be here. “We had been trying for a baby for two-and-a-half years, and we had always talked about being parents. Dan always said how much he was excited to be a dad. “Jesse was one of the names we discussed for a baby.” Steph said she told one of Dan’s best friends and colleague, Mark, who rallied the troops at their work to do something to help the family. Within two weeks, Steph had enough of everything needed to look after baby for months ahead. Richard Barnes, operations manager at JEM Scaffolding, said: “As a whole we decided we needed to do something. “The lads brought in bits and pieces and after putting in a message to my son’s rugby club, the ladies in that really stepped up. “They gave Steph everything she needed for the first six to 12 months…pushchairs, cots, toys, clothes, the lot. “Dan’s death has still left everyone in shock, it has affected everyone here at work too. “We will do whatever we can to help her and Dan’s baby in the future.” Care worker Steph, who said she fell for Dan’s “gentle nature and down-to-earth personality”, said: “I’m over the moon to have Jesse, and part of Dan lives on. “But it is still very painful. I have said I will tell Jesse who his dad was and what happened 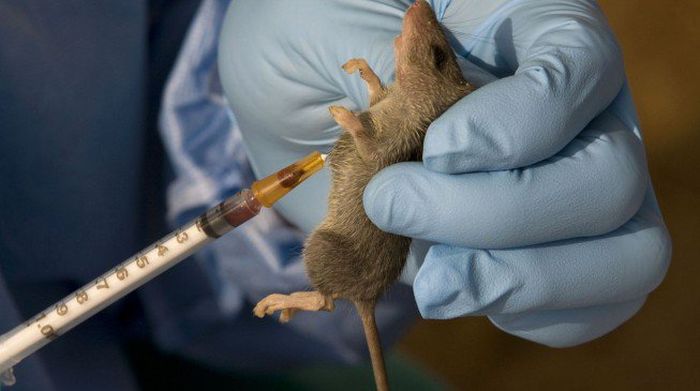 Lassa Fever Killed One In Anambra, Other 65 Are Under Surveillance