Manchester United have cooled their interest in Antoine Griezmann, with the Europa League winners prioritising a striker rather than a No10 this summer. Zlatan Ibrahimovic’s long-term injury has led to a change in strategy for this summer’s transfer window, with the Atlético Madrid forward no longer an option. That does not mean, however, that United may not return and try to sign him in the future. “Today, if I have to move, it will not be a problem for me,” he said. “It may be England, which is in fashion, Germany, China or the United States, I’m ready to go. We finished third in La Liga, it was the objective of the club, but we, the players, want more. Winning titles is what I will look for this summer when deciding on my future.” Goalscoring was one of United’s main problems in a league campaign that saw them finish sixth, having scored 31 goals fewer than the champions, Chelsea. José Mourinho is keen to bring Romelu Lukaku to United but faces competition from, among others, Chelsea for the forward’s signature. Real Madrid’s Álvaro Morata is another option currently under consideration. Atlético, meanwhile, have lost their appeal against a transfer ban that is preventing them from signing players until January 2018. The ban strengthens their need to keep hold of Griezmann but weakens their ability to do so – they will find it far harder to persuade him to stay. If a club pay his €100m (£87m) release clause, Atlético will not be able to do anything to prevent his departure. Griezmann has delivered contradictory messages over the past six months but he has listened to offers from a handful of clubs. 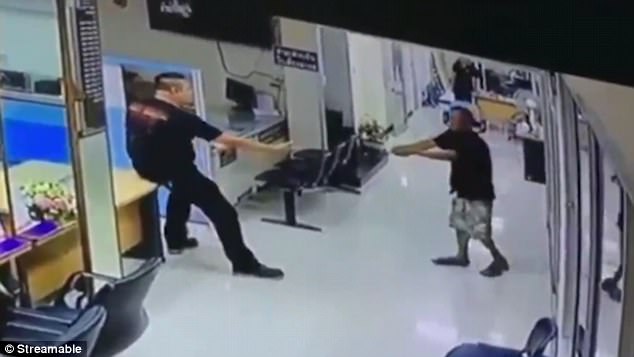 So Interesting!!! See How This Police Man Calmly Convinced A Man To Hand Over His Knife (Video)