9 things every woman love to hear, if you want them unclad this very moment | Gidicloud

9 things every woman love to hear, if you want them unclad this very moment - 4 years ago

Relationship experts have put up 9 things that will have a woman go unclad at this very moment when you say it to her. • “You look so hot right now.” This assertion hardly fails, because you can use it in just about any situation — whether she’s wearing a ball gown or a bikini, says relationship expert, Dr. Carole Lieberman. Truth is, any woman would feel desirable when complimented this way; and, as long as you’re being sincere, you are good to go! • “I’d love to see you again.” Use this one with a girl you’ve just met. This line is the less-creepy version of trying to hustle her out the door with a “Let’s go somewhere … quieter.” It shows her that you won’t push her and that you have an interest in seeing her again, says s*x expert, Dr. Nicole Prause. • “Everything about you turns me on.” Tell her she turns you on and then go on to compliment her attributes such as her hair, eyes, or curves, says Astroglide sexpert, Dr. Yvonne Fulbright. No matter what her body type, a woman likes to feel like a woman, and wants her guy to think she encompasses everything positive about that, Fulbright says. Any woman would feel good to know that you notice her and that you find her so lovely. • “You’re so hard to resist.” Instead of trying to rush her, let her know that you’re not really the kind of guy that pushes women around, but you just can’t help yourself with her. “This makes her feel like she’s better than all the other women you’ve dated,” says Lieberman. • “I’ve got a suite for the weekend … I’d love to spend it with you.” Investing a little can get you a lot, says s*x expert, April Masini. “Women love luxury hotels, and hotel s*x is the best there could be for just about everyone,” she says. “Make her feel like she’s the cherished guest, and you’ll score a lot more easily.” • “I’ll do the dishes.” Getting unclad is a sign of vulnerability and trust, according to Clark. So, for her to want to be unclad, she must feel safe. While there are plenty of ways to make her feel safe, an easy way is to take care of the things she needs doing, such as chores and errands, especially if she’s been feeling stressed out. • “I’m not just after s*x.” This works because it’s exactly the question she’s wrestling with, Lieberman says. ‘Is he just after s*x, or does he really like me?’ But remember, don’t make promises you can’t keep, because you’ll have to answer to them once the s*x is over. • “You’re the sexiest woman in the world to me.” It’s like the first line, but it plays more into her sensuality and her seductiveness. Note how you’re not saying she’s the sexiest woman in the world, but the sexiest woman in the world…to you…right now. It’s simple, and highlights your arousal without being too disrespectful, blunt, or forward, says Fulbright. • “Let me walk you to your car.” “Both men and women have fears about s*x, but women especially are at a greater risk for getting infections and being assaulted,” says Prause. “Any communication you provide that shows a genuine concern for her safety should promote intimacy.” Walking her to her car —or to her door — is a low-risk, chivalrous way to show her that you’re the kind of guy who will look out for her both in and out of the bedroom. 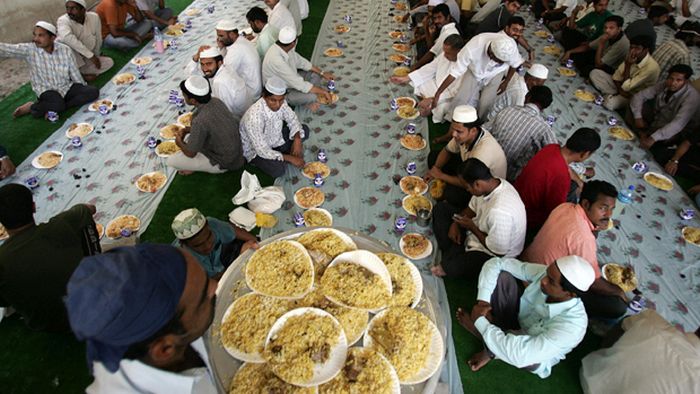 Ramadan Fasting Begins Tomorrow May 27 As Sultan Of Sokoto Declares