Buffon Reacts To Losing Another Champions League Final - 4 years ago Juventus legendary goalkeeper, Gianluigi Buffon, has admitted that Real Madrid deserved to win this year’s Champions League title. A brace from Cristiano Ronaldo and a goal each from Casemiro and substitute Marco Asensio, secured a convincing 4-1 win against Juventus, who had Juan Cuadrado sent off in the 86th minute. The victory means Madrid have won the Champions League for the 12th time, while it was Juventus’ fourth defeat in the final. Reacting to the defeat, Buffon who has now lost three Champions League finals with Juventus (2003, 2015, 2017), admitted that Madrid were the better team. “Real Madrid deserved to win in the 2nd half. “They showed their class and the attitude needed to play in this kind of game,” Buffon said. 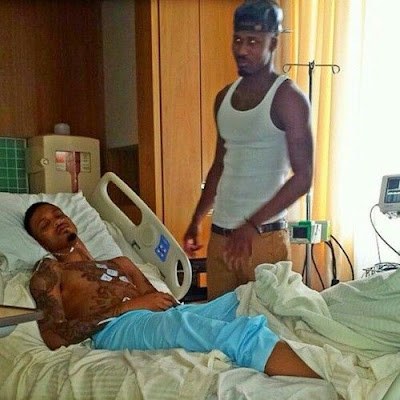 Singer August Alsina talks about the disease that&#039;s making him constantly sick, says his &#039;autoimmune system to fight against itself