Cristiano Ronaldo has rubbished claims he is playing as a striker and insisted he will never be deployed in that position. The 32-year-old has received a lot of praise recently after many believing he has adapted to the number nine role for Real Madrid brilliantly. Previously, Ronaldo was always used in a wide position, where his devastating pace would allow him to cut in on either foot and shoot. However, with the star now in his 30s, the Portuguese has assumed a more central position where pace isn’t as much of an issue. The Portuguese scored two goals from his central role in Real Madrid’s 4-1 Champions League final win over Juventus on Saturday night. But, shortly before the final, Ronaldo was keen to point out that he was not playing as a striker. “People think I’m front. I will never be front,” said Ronaldo to La Sexta show ‘Jugones’. “I have made almost 600 goals playing in the position I play, why change. “It depends on the tactics that the coach puts. I like to play freer, when we play 4-4-2, I like it more. “But that does not mean I do not like playing with 4-3-3 because I make other moves and I start from a different position. “Of course I like to play freer because it is a position in which I also play with Portugal, but obviously I also like the 4-3-3.” 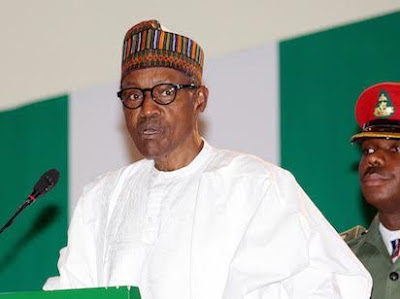 President Buhari is in competent hands in the UK, no cause for alarm- Lai Mohammed