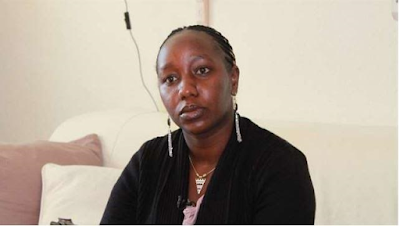 A 28-year-old Kenyan lesbian seeking asylum in Sweden has had her application rejected simply because the country's migration board does not believe her sexual orientation. Nairobi Wire reports that Lucy Murugi fled from Kenya two years ago after her family turned their backs on her. But later got help through a cousin who helped get a visa and accommodation in Stockholm, Sweden. Speaking to Swedish journalists, Lucy said that she applied for asylum but was rejected by the Swedish Migration Board 14 months later because she failed the interviews that form the basis for the credibility of the assessment. According to her, the Migration Board’s questions were almost incomprehensible to her: 'I did not understand anything. No one told me what to expect. What I would do or say, or at least give me some guidelines,' she said.

Asked what it feels like not to be believed, she said: “It feels horrible and disappointing. It breaks down one. You realize that you made a mistake somewhere and when you try to fix it so you will rarely get a second chance.” Lucy now fears she might be deported back to Kenya where homosexuality is criminalized and punishable by up to 14 years in prison. She further alleges her name has been released as a lesbian in the infamous Ugandan Tabloid Red Pepper among 200 African homosexuals.