She was left with "nothing of her son to hold" - aside from three paper bags of evidence - after he unexpectedly committed suicide last year. But finally, more than 13 months on, Kate McLoughlin has been handed back 19-year-old Zach's mobile phone - which he wrote his final, heartbreaking note on. The brave mum revealed how her handsome, popular child received 22 missed calls and dozens of distraught text messages as fears for his welfare grew. She said she hoped getting the phone back would provide her with "answers" after her son asked her what was for dinner before going out and killing himself. However, she found something else instead. "The only thing Zach's phone revealed to me was just how much he was loved," said the mum, who lives in Melbourne, Australia. "The messages, pictures and videos only confirmed how much he loved life and filled it with joy, mischief and laughter, for himself and so many others. "Aside from one message indicating he was having a s***ty day, there was absolutely nothing to hint that suicide was ever on the cards...let alone any indication of depression or sign of mental health struggles." She added: "Zach was surrounded by so much love, so much support and every possible resource available to help him through his problems. How I wish he had thrown himself into the arms of a loved one that night and not under a train." Kate had seen Zach in the kitchen on the day of his death last March. He had asked what was for dinner before heading out of the house, telling his mum he was going to play basketball with a friend. Hours later, police turned up at the house to inform Kate her son had taken his own life after writing a suicide note on his phone. In the note, the teen expressed love for his ex-girlfriend, encouraged his brothers to chase his dreams and thanked his parents for his "beautiful upbringing". He then bid them all goodbye, saying this world "wasn't for him". Before his suicide, Zach had watched a friend lose his life to bone cancer, after which two of his friends had killed themselves. It was more than a year before the grieving mum was handed back her child's phone after the coronial investigation into his death was closed. 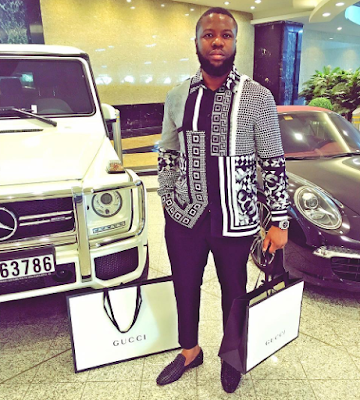 “I Make Having Money Look Good” – Hushpuppi Gushes Over His “Success”