Arsenal goalkeeper Wojiech Szczesny thinks will join Juventus next season, according to Roma teammate, Juan Jesus. The 27-year-old has been shipped out on loan to the Serie A outfit on two occasions after struggling for form between the sticks for the Gunners. But has grown to become of the best savers in Italy with his solid displays for Roma, sparking reports that Juventus are considering a summer move for the Polish keeper as a long-term successor for Italian legend, Gianluigi Buffon. Szczensy’s form has kept second-choice goalkeeper, Allison Becker out of the starting eleven for most part of the last campaign. When asked about the future of Alisson at Roma, Alisson said: ‘Alisson? He’s fine, unfortunately he’s not played much, only in the Coppa Italia and in the Europa League. ‘But I think he’ll be a starter next season because Szczesny thinks he’s going to Juve.’ There are reports that Arsenal boss Arsene Wenger will recall Szczesny to his squad next season, as a replacement for David Ospina who is expected to join Turkish giants, Fenerbahce this summer and it is understood that the Gunners boss wants the 27-year-old to provide competition for Petr Cech who is quite showing signs of ageing. 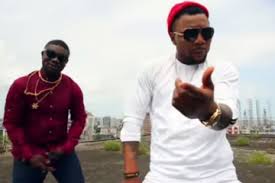 Davido - I Got A Friend ft. Mayorkun & Sho Madjozi