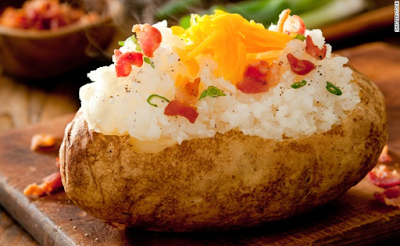 A recent study published in the American Journal of Clinical Nutrition says people who eat fried potatoes two or more times a week double their risk of an early death compared to those who avoid them. The researchers however noted that eating potatoes that have not been fried was not linked to a similar early mortality risk. The study tracked 4,440 people aged 45 to 79 over a period of eight years to study osteoarthritis. This research team decided to momentarily set aside the main issue of osteoarthritis and look at participants' consumption of potatoes. So the researchers divided study participants into subgroups based on how frequently they ate potatoes each week. Over the eight years, a total of 236 of the participants died. Analyzing the data for each group, Veronese and his team found that those who ate fried potatoes two to three times each week doubled their chance of dying early compared to those who ate no fried potatoes. French fries, potato chips, hash browns and any other preparation requiring a fryer are all included under the umbrella of "fried potatoes". Age or sex of participants did not influence the result, but the data showed men were more likely than women and younger participants were more likely than older participants to enjoy the fried food. The study was led by Dr. Nicola Veronese, lead author of the study and a scientist at the National Research Council in Padova, Italy.

‘I’m On My Own’ – Peter Okoye Confirms P-Square Split