How I Predicted Saraki Victory At CCT- Fayose | Gidicloud

How I Predicted Saraki Victory At CCT- Fayose - 4 years ago Ekiti State Governor, Mr Ayodele Fayose has hailed the triumph of the Senate President, Bukola Saraki at the Code of Conduct Tribunal (CCT) as another victory of Nigerians over tyranny, saying, “I am happy that I predicted that the CCT will absolve the Senate President in my 2017 predictions and it has come to pass.” Governor Fayose who drew the attention of Nigerians to number eight of his 22 predictions for year 2017, said; “I said it categorically that the Code of Conduct Tribunal will absolve Senate President Bukola Saraki and today, the prediction came to pass.” Reacting to the CCT judgment discharging Senator Saraki through his Special Assistant on Public Communications and New Media, Lere Olayinka, the governor said the judgment was another lesson for the President Muhammadu Buhari-led All Progressives Congress (APC) federal government that criminal cases are not won on the pages of newspapers. He congratulated the Senate President, urging him to see the victory as a challenge to him and the entire members of the National Assembly to always stand up to defend the the rule of law and fundamental rights of Nigerians. The governor said; “I have maintained that the government of President Buhari is not fighting any corruption. Rather, what is being done is hiding under anti-corruption fight to persecute, humiliate, harass and malign perceived political enemies. “They go about trying their perceived political foes in the media, with the aim of destroying their names when they do not have any evidence that can sustain court trial and it is for this reason that they have been losing corruption cases. “Look at all the noise they made when they started Senator Saraki’s case, it was as if he will be sent to jail the following week. But when it was time for them to prove their allegations, they could not. “Even the case of the former National Security Adviser (NSA), Col. Sambo Dasuki (rtd), that they said stole $2.1 billion arms money and that destructive weapons capable of disrupting the peace of any city in Nigeria were found in his possession, why are they the ones seeking for secret trial while Dasuki that they accused is insisting on open trial? “Up till today, they have not brought any evidence against Dasuki. They have not even been able to commence his trial. Instead, they have continually disobeyed court orders that he should be released from detention.” 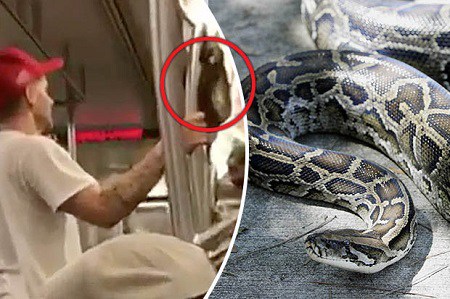 “You Are The Next Host Of BBNaija” – Davido Tells Tobi Bakre

6 days ago
Song of The Week
Jaywillz - Abena
5 days ago
Video of The Week
Tekno - Designer (Official Video)
6 days ago
Suscribe
Receive our latest updates, songs and videos to your email. We promise we do not spam.
Top Post Type
Music Video Series Album News