Punch reported that a Lagos-based banker, Princewill Njoku, has accused his father-in-law, Chief Godwin Osochukwu, of abducting his son, Kayomikun, adding that the 69-year-old community leader renamed his child. Princewill noted that petitions sent to the Lagos State Governor, Akinwunmi Ambode, the Lagos State Police Command, the National Agency for Prohibition of Trafficking in Persons and other related matters, and the National Human Rights Commission, had not received attention. However, Osochukwu, explained that he did not abduct the child, saying the 39-year-old did not marry his daughter in accordance with tradition. He noted that he changed the child’s name from Kayomikun, which is Yoruba name, because the two families had no ancestral link to Yoruba. Princewill, who hails from Umuokwaraku Umudiagba Abajah, in the Nwangele Local Government Area of Imo State, however, told Punch Metro that he lawfully married his late wife, Favour Njoku. He said, “I met my wife Favour, sometime in June 2014 and by May 31, 2015, we had our traditional marriage in her father’s compound in Umuokwara Umucheke Okwe in the Onuimo council area. “I went to the village with my people and performed all the traditional rites to marry my wife in the presence of her people. “On September 2, 2015, my wife was admitted to a maternal and child centre at FESTAC Town for bed rest. But when we got there, she was diagnosed with severe pre-eclampsia and we were advised by a doctor that she would have to deliver through a caesarean section that night. “The pregnancy was only seven months old then. I called her father and he spoke with the doctor and gave the go ahead with the operation. I also called my wife’s elder brothers to notify them.” He said after signing the operation consent form in the presence of another relative, his wife was delivered of a baby boy, who was named Kayomikun, Chimdinso, Destiny, Sunday, Patrick, Njoku. However, the wife died the following day. He said an autopsy report showed that Favour died from the medical problem earlier diagnosed by the hospital. Princewill said he left the baby in the care of the maternal grandmother. However, on December 27, 2015, he said when he went to pick the child for a thanksgiving service at his church, his father-in-law refused to release the child. “On December 30, my father in-law and some other relatives pushed my sister, Charity Njoku, out of their house and took away my son from my sister staying with my mother-in-law,” he added. 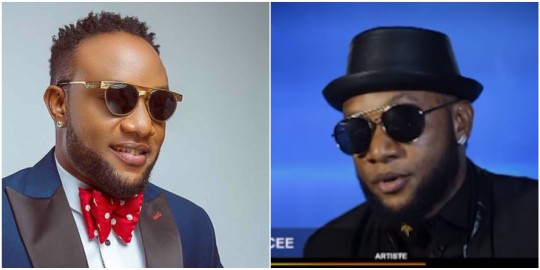 God Will Not Be Happy With Artistes Who Dishonour Contracts – Kcee

Eben - Shepherd Of My Soul

a week ago
Song of The Week
Yemi Alade – Enjoyment
3 days ago
Video of The Week
VENOX - LIKE THAT (official video)
7 days ago
Suscribe
Receive our latest updates, songs and videos to your email. We promise we do not spam.
Top Post Type
Music Video Series Album News