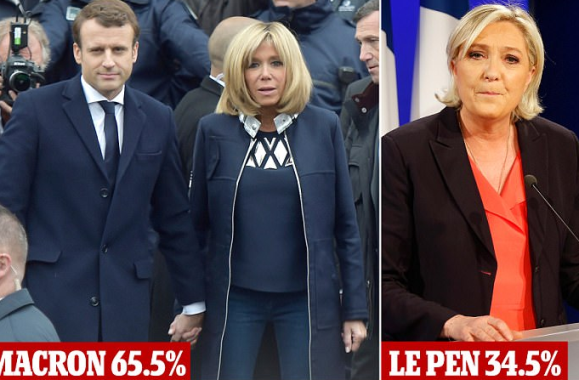 Former banker Emmanuel Macron, pictured with his wife Briggitte, 64, is set to become France youngest president at 39 after winning 65.5 per cent of the vote in a tense election against far-right National Front (FN) candidate Marine Le Pen, 48. Not only will he be the youngest president ever in France, his party En Marche! 'On the Move' has existed for just more than a year.

Emtee - Bring it back