Today, The federal government, appealed against the judgement of the Code of Conduct Tribunal (CCT) which acquitted Bukola Saraki, senate president, of false assets declaration charge. On June 14, the CCT upheld the no-case submission which Saraki filed after the prosecution closed its case. In an 11 grounds notice of appeal filed on Tuesday and signed by Rotimi Jacobs, prosecuting counsel, the government said the judgement was “unconstitutional”. The government said it was wrong for the CCT to uphold the no-case submission because the burden of proof lied with Saraki to show that he did not have an infraction with his form. The appellant said the onus of proof was “wrongly placed” on it by the CCT which contravened the constitution. The prosecution said the CCT failed to analyse and evaluate the evidence of prosecution witnesses before reaching the conclusion that Saraki had no case to answer. The appellant said the “tribunal completely closed its eyes to the fact that the prosecution produced the original of the assets declaration forms before the Tribunal and requested the Tribunal and the defendant to compare the original with the certified true copies without any objection from the defendant”. “By the provisions of paragraphs 11 (2), (3) and (13) of Part 1, 5th schedule to the constitution of the federal republic of Nigeria, 1999 (as amended), once the code of conduct form filled by the public officer is investigated and found to be false or that some assets are beyond the legitimate income of the public officer or that the assets were acquired by means of corrupt practices, the public officer concerned is deemed to have breached the code of conduct and it is for him to show to the tribunal that there is no infraction in the form,” the notice of appeal read. “The honorable tribunal wrongly placed the onus of proof on the prosecution contrary to paragraphs 11 (2), (3) and (13) of Part 1, 5th Schedule to the Constitution of the Federal Republic of Nigeria, 1999 (as amended). “The constitution of the federal republic of Nigeria, 1999 (as amended) clearly excluded the presumption of innocence on the allegation of infraction of the code of conduct by public officers and the tribunal wrongly applied the presumption of innocence contrary to the constitutional requirement. The tribunal’s decision is unconstitutional and without jurisdiction.” In the appeal, government is praying for an order to set aside the judgement of CCT and “an order calling upon the respondent (Saraki) to enter his defence”. 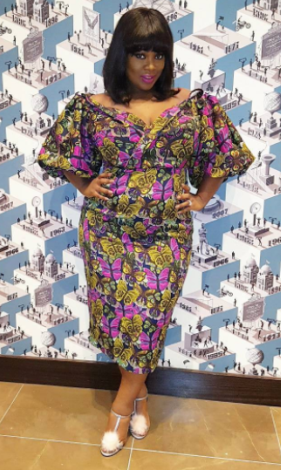 Osas Ajibade Vs Toolz: Who Slay The Outfits Better ? (Photos)

Finally, Small Doctor Speaks On Davido Using His Popular Line “If You No Get Money Hide Your Face”