Restaurant Worker Sacked For Refusing To Wear A Bra | Gidicloud 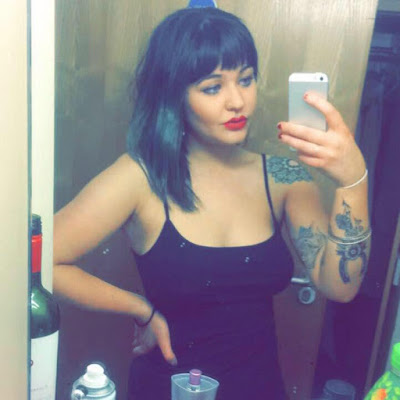 A furious 22 year old barmaid claims she was sacked at the weekend – for not wearing a bra. Kate Hanna, embraced a free spirit serving drinks at the Bird and Beer in Beverley in the East Riding of Yorkshire. But she says managers at the trendy Californian-themed bar felt the tattooed beauty left too little to the imagination. However, they deny she was dismissed for being too bouncy. Kate stormed home on Saturday and took a selfie still in her grey T shirt uniform to prove a point she wasn’t being offensive. She ranted on Facebook: “So, I’ve just got home after being sacked from my job, for refusing to wear a bra. “Yesterday an inappropriate sexual remark was made to me (at work). “I felt uncomfortable, objectified and shocked that this had happened. “Unfortunately (the manager) saw fit to deal with the situation by telling me that I’m not allowed into work in future unless I’m wearing a bra. “This was said to me in front of three other staff members and customers, leaving me feeling body shamed and completely shocked that the blame was being put onto me that I had been sexually harassed at work. “I am absolutely disgusted with the blatant lack of respect for my right as a woman to wear whatever makes me personally comfortable. I feel so sad.” Friends on her Facebook site urged her to take legal action against the pub for unfair dismissal and vowed to boycott the venue. Others suggested a bra-less protest outside. The restaurant was forced to turn off the comments section on its Facebook page after the remarks sparked fury on social media. Some were so outraged they began leaving bad reviews for the establishment on Google.