Borussia Dortmund winger Ousmane Dembele has reportedly flown into Manchester to discuss a potential move to Manchester City, amid interest from Barcelona. The French youngster has been tipped to make a move away from Dortmund this summer, following his impressive displays in the German Bundesliga last season, with reports that the club are not willing to sell him during this window. Dembele, who arrived at Dortmund last summer from French Ligue 1 side, Rennes is valued at a transfer fee around £79million with the likes of Manchester United and Barcelona both linked with a move for the Frenchman. However, reports in Le10Sport claim that Manchester City have joined the race to sign Ousmane Dembele who is beleived to have flown into Manchester to hold informal talks with Pep Guardiola. Dortmund club director Michael Zorc had earlier insisted that the club will not sell the 20-year-old this summer despite of transfer interest from a couple of clubs. He said: ‘Ousmane Dembelé has a long-term contract and there are no negotiations, ‘He will play for us next season and if (rival clubs) do not contact Dortmund, we could initiate proceedings with FIFA.’

Man who neglected his wife while she was alive, cries out after losing her to an accident 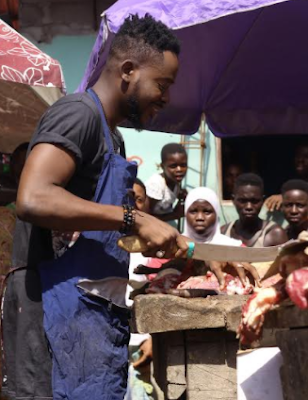