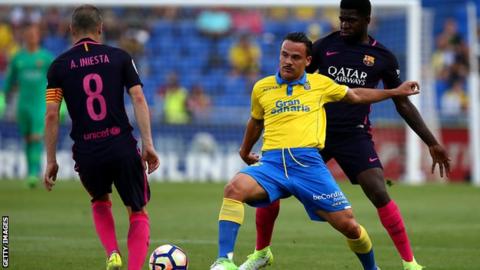 Swansea City are in advanced talks to sign defensive midfielder Roque Mesa from Las Palmas. The 28-year old Spaniard, who has also been linked with Sevilla and Roma, is expected to cost more than £10m. Chairman Huw Jenkins has said Swansea want to sign a central midfielder and a striker, with Chelsea’s Tammy Abraham close to agreeing a season-long loan. Meanwhile, the Swans have agreed to mutually terminate the contract of defender Franck Tabanou. Tabanou made just three appearances for the Swans since joining from St Etienne in June 2015 for a fee of more than £3m. His Swansea contract was due to expire in 2018.