Vice President Atiku Abubakar and chieftain of All Progressives Congress (APC) has described as patriotic the groundswell of positions for restructuring of Nigeria by leaders and stakeholders of diverse regions and leanings. He said the recent debate about restructuring is confirmation that he was not a lone voice in the wilderness over the inevitability of tweak in the national arrangement for the good of all. He also cautioned that attempt at ignoring the agitations could complicate the already bad situation. The former VP in a statement in Abuja on Tuesday from his media office commended the resolution of the APC Progressive Governors Forum that aligned recently with restructuring and true federalism, stressing that the issue transcends religion and ethnicity. According to him; “The convergence of positions around restructuring by leaders and stakeholders from diverse regions of the country is a show of patriotism and confirmation that I am was not just a lone voice in the wilderness on the inevitability of restructuring of Nigeria for the good of all. “The agitations for secession would not have arisen in the first place if the country had shown sincere readiness to address the underlying problems that feed the agitations by separatist forces. The restructuring debate transcends the ambition of any single politician in Nigeria, and any attempt to ignore the agitations could make a bad situation more complicated,” he warned. According to him; “Avoiding a problem won’t solve that problem. With so much hate, distrust, suspicions and fears in the country, political leaders shouldn’t be afraid to confront the challenge. “Our current federal structure should be freely discussed by allowing the federating units voice their grievances to find a workable solution that protects the rights and interests of all. The country could not afford bottled up frustrations of the people that may explode into violence, which threatens not only innocent lives, but also harms the country’s economic assets,” he warned. 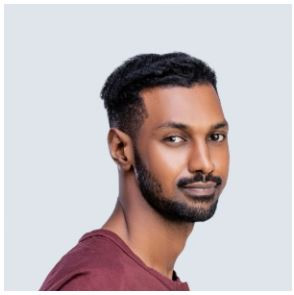 BBNaija: ''What pushed me was that a lot of people from the North haven’t really been represented on the show''- Yousef