Former Minister of Aviation Mr Femi Fani-Kayode has said that former President Goodluck Jonathan still had so much to offer Nigeria. This is even as the former President Goodluck Jonathan has called for peace and unity stressing that without peace, Nigeria would not develop. They made the calls when Jonathan hosted a delegation of former ministers still in the Peoples Democratic Party and served between 1999 and 2015. Fani-Kayode described the former president as a great leader who had encouraged many Nigerians. “You still have so much to offer this country. The future is great for us, for PDP and this country,” he said. Speaking earlier, Jonathan called on Nigerians to pray and work toward the nation’s unity, as Muslims celebrate Eid-el-Fitr. The immediate past president said that no nation’s economy could grow where there was no peace. “We should always use this period to know that the unity of the country is paramount. “We cannot develop as a nation, no matter how people demonstrate, and no president can do magic if there is tension in the land. “This is because immediately there is sense of insecurity in any country, investors will go back and when investors go back, of course, the economy will dwindle. “What improves the economy is confidence and what makes investors to have confidence is peace. “Nobody wants to invest where there is no peace, except those that invest in arms and ammunition. “We should all pray and work toward that peace, that is the only way we can grow our economy,” Jonathan said. He also commended the former ministers for forming the forum and for finding time to celebrate Sallah with his family. The former president said that he was elated for seeing the former ministers coming together under a unique platform. “We should begin to reduce the cleavages and fault lines and form a political body that will look at things with national interest,“ Jonathan said. He, however, congratulated all Muslim brothers and sisters in the country for the successful completion of Ramadan fast and the Sallah celebration. In his remarks, Alhaji Tanimu Turaki, the chairman of the forum, said that the delegation comprises former ministers from 1999 to 2015. Turaki said that the visit was to avail them the opportunity to share with Jonathan issues of national interest. “Nigerians are beginning to appreciate the efforts you made in moving this country forward. “Nigerians are still getting more aware of the enormous sacrifice you made to ensure that Nigeria remained together as one indivisible and indissoluble nation,“ he said. 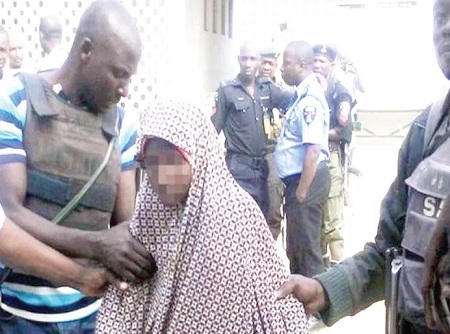 How I Was Kidnapped, Drugged and Coerced to Become Suicide Bomber - 14-year-old Girl Reveals