On Your Own!! We Are Not Part Of Your Agitation – Nnamdi Kanu’s Community Tell IPOB Leader | Gidicloud

On Your Own!! We Are Not Part Of Your Agitation – Nnamdi Kanu’s Community Tell IPOB Leader - 4 years ago The flight strength of the Biafra cause is currently faltering as people of the hometown of separatist leader, Nnamdi Kanu have openly rejected his cause. The Isiama Afaraukwu Ibeku Community in Umuahia north local government area of Abia State on Thursday dissociated themselves from the call for succession as being championed by the leader of the Indigenous People of Biafra (IPOB), Nnamdi Kanu. This is coming as indigenes of Anambra State under the auspices of Anambra Peoples Assembly (APA), yesterday denounced the leader of Indigenous People of Biafra (IPOB) Nnamdi Kanu, and his struggle for secession. DAILY POST reports that the community pledged their support and loyalty to a united and indivisible Nigeria. Isiama Afaraukwu ibeku community is the hometown of the IPOB leader, Nnamdi Kanu. Addressing journalists in a press conference organized by the community on Thursday, an elder statesman, Chief Geoffrey Onyemaobi said the people of Isiama Afaraukwu ibeku was not part of the agitation for sovereign state of Biafra, just as he raised alarm over the invasion of the community by IPOB members. He explained that on Wednesday, the community was invaded by members of IPOB, with over five hundred vehicles, which led to heavy traffic jam in the area. According to Onyemaobi, the IPOB members blocked the entire roads in the community and that it took residents of the community about two hours to get home from Umuahia town. He pointed out that it took him two hours to get Isiama Afaraukwu from the Federal Medical Centre (FMC) junction, Umuahia, appealing to federal and Abia state governments to come to their aid over the invasion of the community by those he referred as ‘outsiders’. Onyemaobi restated once again that Isiama Afaraukwu ibeku was not supporting break-up of Nigeria, maintaining that they joined other well meaning individuals on the call for Nigeria restructuring. His words,”They invaded my community, isiama Afaraukwu Ibeku yesterday, that’s on Wednesday”. 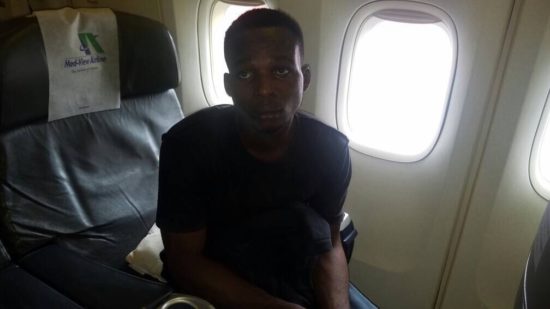