The National Vice Chairman of the All Progressives Congress (APC), North East zone, Mustapha Salihu, said on Wednesday the Peoples Democratic Party (PDP) would not pose any threat to the APC in 2019 despite the Supreme Court’s judgement that ended the protracted leadership crisis rocking the party. Salihu, who spoke with journalists at the APC secretariat, also dismissed petitions against his nomination as the North East zonal chairman of the party, saying he had the full support of all stakeholders in the zone to represent them at the National Working Committee (NWC). He said although the Supreme Court’s judgement affirmed Senator Ahmed Makarfi as National Chairman of the PDP, the ruling would not in any way restore the image of the party before Nigerians. He said: “Makarfi, Ali Modu Sheriff or any other person being the PDP chairman is no threat us. What you should look at is this, look at the party as an institution. This is a party that institutionalized corruption in the country and dilapidated our structure. They caused insecurity. As long as that institution remains, we are not threatened by any person.” On his emergence as APC National Vice Chairman, Salihu said “who is complaining? I have with here with me, the six state chairmen of the party in the zone. I also have the support of the governors and other stakeholders. So, who is doing the complaining? “I am overseeing Adamawa, Borno, Yobe, Bauchi, Taraba and Gombe States for our great party, APC.” 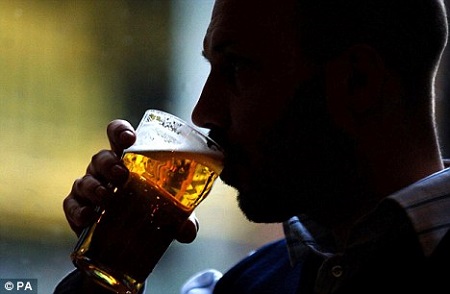 My Husband’s Love For Alcohol and Baba-Ijebu Is Legendary, It Can’t Be Cured – Woman Cries Out