Can Striker Lacazette Help Arsenal And Arsene Wenger Win The Premier League Title Since 2004? Drop Your Comments!! - 4 years ago Arsenal have tried unsuccessfully to win the Premier League title since 2004, much to frustrations from Arsenal fans in Naija. For recurring seasons, Arsene Wenger either failed to strengthen his team or stupendously sold key players that would have boosted a chance to mount a serious title challenge. The most famous mishap was when Wenger sanctioned the sale of Holland striker Robin Van Persie to Manchester United under Alex Ferguson. The Dutch striker went on to help the Red Devils win a 20th Premier League title. One department that has eluded Arsenal mounting a serious title challenge is failing to get a world class striker. In fact, put, Arsenal have failed to replace the ever glazing Thierry Henry. The Frenchman had a world class career at the club: scoring 174 goals in 254 appearances, becoming the club’s all time record goalscorer and was also famously part of the Arsenal side that won the Premier League title unbeaten in the 2003/2004 season. But things look to be finally heading in the right direction for the gunners. Arsenal splashed £52.7m to bring star striker Alexandre Lacazette from Lyon. From 2010 to 2017, Lacazette played 275 matches and scored 129 goals in all competitions for Olympique Lyonnais’s first team. In 2014–15 he was Ligue 1’s top scorer with 27 goals in 33 games, and also the UNFP Ligue 1 Player of the Year, according to Wikipedia. Optimism is high, and Lacazette looks to be the way forward!! 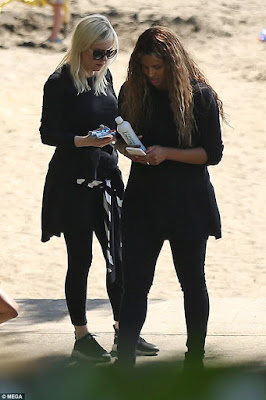