The Senate has said the Federal Government cannot disburse the N4bn currently needed by the Ladoke Akintola University of Technology, Ogbomoso, as the institution is state-owned. At the plenary on Wednesday, the lawmakers stated that Oyo and Osun States, who jointly own the institution, should resolve the crisis bedeviling the school. They pointed out that the Federal Government could only invest in capital projects in the institution and not spend on payment of salaries and allowances of workers. The position was taken when lawmaker representing Oyo North Senatorial District, Senator Abdulfatai Buhari, in a motion titled ‘Urgent Need for the Federal Government to Intervene in LAUTECH Imbroglio in Order to Save the Future of the Innocent Youths,’ said the institution needed N4bn to pay accumulated salaries and allowances arrears. He said, “The Senate is disturbed that LAUTECH, which hitherto had the reputation of being the best state-owned university in the country, now has nothing to her credit than the reputation of being the most strike-ridden university in the country, as the university cannot escape an academic year without going on strike for 10 months or more due to persistent non-payment of salaries of the members of staff; “The Senate is worried by the fact that the university is currently in the middle of a strike, which has crippled the activities of the university for more than a year due to the inability of the parent states to provide the sum of N4bn to pay the accumulated salaries and arrears of members of staff and, thereby, leaving over 3000 members of staff of the University wallowing in economic hardship and poverty. “It is saddening that the careers of over 34,000 students of the University are currently in jeopardy, turning them to social miscreants and leaving the parents who had laboured to give their wards quality education languishing in pains and agonies for no fault of theirs.” 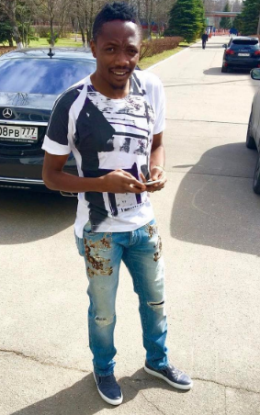 Who are you to judge the life I live? Footballer Ahmed Musa slams those criticising him for wanting to take a second wife