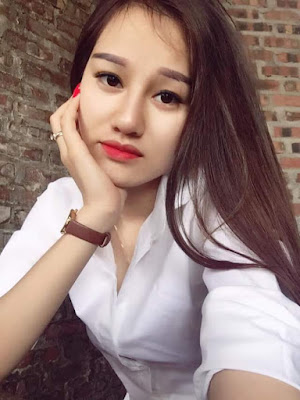 Few days ago, LIB posted photos of a woman ramming chili pepper into the vagina of her cheating husband's mistress. The woman has been identified as 23-year-old Ly Chanel from Vietnam. According to Daily Mail, Ly, who is pregnant caught her husband Chien Keo, 24, having an affair and decided to punish his mistress by stuffing chili peppers into her vagina.

Ly Chanel was suspicious about her husband Chien Keo, because he kept disappearing for hours upon end from their home in Thai Nguyen province, northeast Vietnam. According to local media reports, the expectant mother and four friends followed Chien to a motel before bursting in on him with her love rival in Thai Nguyen province, northeast Vietnam.

Furious Ly donned latex gloves while three other women held down the mistress and one took pictures as they removed her underwear on Tuesday afternoon. They then opened a large bag of super-hot 200,000 scoville units red bird's eye chilies and pushed them inside woman's privates - causing agonising pain from the hot spice.

Horrifying pictures show the woman being held down by her head, arms and legs as she writhes in agony with red fleshy seeds from inside the peppers smeared across her body and the bedsheets. The group then posted the pictures online boasting of the punishment - but sparked a furious backlash against them for not targeting the philandering husband.

Ly, who is around three months pregnant expecting a boy, said: "Would my husband like me to live happily to welcome his child? How can he care for us if he then he cheats with another girl. A woman who destroys the family. Women can forgive easily but they can never forget. Jealousy is painful." said Ly. "She will know this. There are people who hate me now, but life is like that, you cannot please everyone. Whoever does what he or she does is their business. But let's share something that should be shared to see the truth, and do not talk bad about people." she added.

Police said no complaint had been made from the alleged victim but prosecutors said Ly Chanel could be fined if police charge her. Lawyer Giang Hong Thanh from the district attorney's office said: "First of all, it is necessary to share and sympathize with the wife's psychological state of affairs in this case if it is indeed the case that a woman who has been rubbed has damaged her family's well-being. "However, rubbing chili in another person's sensitive area and posting the clip on the internet is a sign of humiliating others. "If chili smears cause injury to another woman's genitalia the wife may be dealt with under Article 104 of the Penal Code may be subject to administrative sanctions and a fine of from �70 to �100."

Businessman, Wale Jana, apologises for attacking Busola Dakolo after she accused COZA pastor, Biodun Fatoyinbo of raping her at 17