Story updated to include new headline and casualties from the storm. Metro Manila (CNN Philippines, November 2) — Five persons were reported dead in two separate incidents as Tropical Depression "Ramil" intensified into a Tropical Storm, authorities said Thursday. Three girls drowned in the Dimacheckcheck River in Busuanga, Palawan on Wednesday, said the regional Office of Civil Defense, which covers the provinces of Mindoro, Marinduque, Romblon and Palawan. The OCD said Laiza Mantana Mayo, 21; Catherine Mantana Apolinario, 13; and Katherine Mantana Apolinario, 12, all from Barangay Salvacion, were swept away to the deeper part of the river while they were swimming. Their relatives were unable to rescue them and their bodies were found 45 minutes later, it added. The National Disaster Risk Reduction and Management Council (NDRRMC) said two people were killed in a landslide early Wednesday morning at the Kota Keluarga Resort in Barangay Laiya Ibabao, Batangas. Maria Luisa Santos, 48, and her 17-year-old nephew, Christopher Cruz, were killed when the landslide crushed the container van-turned-bedroom that they were sleeping in at the resort, said Batangas police. The NDRRMC also said that 305 people were evacuated in Camarines Norte, Camarines Sur and Oriental Mindoro and some 1,938 passengers were stranded at ports in Palawan, Batangas, Oriental Mindoro and Occidental Mindoro as of 12 midnight Thursday. This was due to heavy rain dumped by Ramil over the Visayas, the Bicol Region, Mindoro, Marinduque, Romblon, and Palawan. PAGASA said sea travel remains risky over the northern and eastern seaboards of northern Luzon and the western seaboard of central and southern Luzon. Eight domestic flights from Manila to Virac, Catanduanes and Tuguegarao, Cagayan were canceled on Wednesday, with Ramil packing maximum sustained winds of 65 kilometers per hour (kph) and gusts of up to 80 kph, PAGASA said. Out of PH by Friday Meanwhile, PAGASA said in its 11 a.m. report that tropical cyclone warning signals remain lifted as Ramil crosses the South China Sea. Ramil was last spotted 365 kilometers west of Coron, Palawan as of 10 a.m. and is moving west at 16 kph. It is expected to exit the Philippines by Thursday evening or early Friday morning. PAGASA said Metro Manila and the rest of Luzon will also experience rains on Thursday, with classes ordered suspended in parts of the country. Read: #WalangPasok: Class, work suspensions for Nov. 2 This is a developing story. Please refresh the page for updates. CNN Philippines Digital Producer VJ Bacungan contributed to this report. 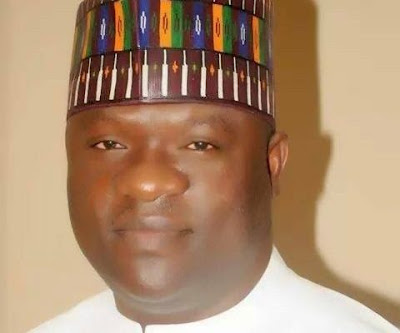