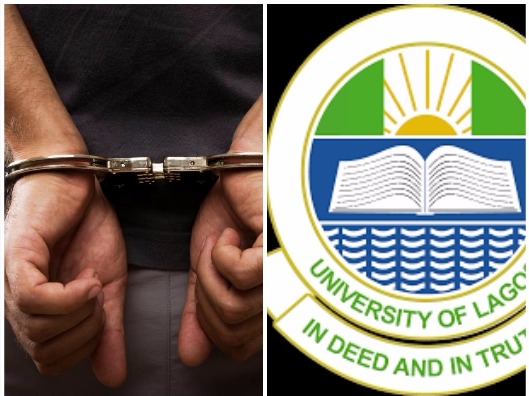 An undergraduate of the Institute of Continuing Education, University of Lagos, Akoka, identified simply as Adetokunbo, has alleged that some operatives of the Special Anti-Robbery Squad, Lagos State Police Command, attacked him and robbed him of his school fees in the Okota area of the state. Adetokunbo, a 200-level student of Philosophy, told PUNCH Metro on Tuesday that the four policemen accused him of being a Yahoo boy (Internet fraudster) because he was seen with an iPhone. He added that the men, who had earlier arrested two other suspects that were in a car, drove them around Lagos roads. The victim said the men later took the two other suspects to an Automated Teller Machine, where they were forced to withdraw N100,000 each before they were dropped off at the Oworonshoki area of the state. He said he was released on the Third Mainland Bridge after his N70,000 school fees was forcefully taken from him. The victim said he was not pained by the torture, but the fact that he would have to defer his schooling as he could not raise the money again. He said, “I am a clothier, but I am also undergoing part time studies at UNILAG. I am in 200 level. To raise part of my school fees, which was already due, I had to sell some of my property. “I had gone to deliver some clothes to a customer in Okota sometime in April and was returning on a motorcycle around 3pm, when I observed that there was panic in the area. The motorcycle rider that took me almost threw me into a gutter. “I was still chiding him when the operatives approached me and said I was a Yahoo boy. They held me by the trousers as I protested and struggled with them, asking for my offence. I pushed one of them away. They all descended on me and started hitting me. “They put me in handcuffs and threw me inside their car. The beating was much. They were slapping me from different sides. I told them to check my ID card or allow me to make a call. They didn’t listen to me or even check my phone. They asked who my father was that made me use an iPhone, which they could not afford.” Adetokunbo said he observed there were two other men in the car, adding that he gathered that they had just obtained their visas with a plan to travel abroad when they were arrested. He said the two men, who were also accused of being Internet fraudsters, were searched by the officials and their ATM cards seized. He said the operatives, who had police-crested guns and handcuffs, tore his shorts while attempting to search his back pocket where he had his wallet. “They took N70,000 from me and took the other guys to the ATM to withdraw money, which I gathered was N100,000 each. They released them at Oworonsoki. “My pain in all of these was not even the beating, but the fact that I had to defer my education because of the money they collected from me,” he said. PUNCH Metro gathered that the police authorities had already contacted Adetokunbo, inviting him for a meeting. He, however, said although he could identify the officers, he was afraid for his life. “While I was in the car with them, they pointed a gun to my head and said they could waste me and nothing would happen. I am afraid for my life, but I want those men brought to book. The police can find them in the Gowon Estate, Egbeda, and Okota, Isolo, areas of the state,” he added. When contacted, the state Police Public Relations Officer, ASP Olarinde Famous-Cole, said the police had started looking into the case