It’s a good thing to understand the opposite s*x, and how they react to behavior that drives them crazy. It can help you position yourself better in a relationship, so you know how to respond and communicate in a better way. Here are 8 things women do that annoy men. 1. Jealousy & Obsessiveness This trait seems to top the list of characteristics that men consider intolerable. It’s embarrassing for men to get persistent calls all the time at work or when they’re with friends. It’s extremely tiring having to justify what men are doing all the time and dealing with a spouse or girlfriend’s jealousy. 2. Nosy Many men are bothered by women who constantly intrude, always want to know everything, and constantly ask questions. It’s important to communicate with your significant other, but when they b*tt in on EVERY conversation and want to impose their opinions, it makes it harder to want to include them. 3. Drama When women turn every situation into a major problem, dramatize, and make a “mountain out of a molehill” over every tiny thing, it becomes very tiresome. Women who are constantly overly emotional, cry all the time, and always take the role of drama queen are exhausting. 4. Needy Women who need attention all the time are never satisfied. Nothing men do is enough to make them feel loved and fulfilled. To men, these women are both boring, high maintenance and inconvenient. 5. Belittling Ladies who feel the need to constantly criticize are completely degrading. They do not recognize their companion’s good qualities or show them any kind of admiration. They constantly gripe — even in public. This behavior is a highly destructive and can ruin a relationship. 6. Fault-finding Women who see fault in everything (because, of course, they are the only ones who can do anything right). They talk bad about other people all of the time and spend hours detailing other people’s faults. Yeah, it may make them feel more superior, but saying rude things about other people doesn’t make you seem more interesting. 7. Dismissing Women who dismiss their husband’s feelings bring lots of distress to their lives. You can’t solve problems that way. When a man feels like he is being misinterpreted or ignored, his mood gets worse and he distances himself. This is a dangerous and vicious cycle in a relationship. 8. Extreme talkers It is a female tendency to talk repeatedly about matters that they don’t feel like have been resolved. Males typically respond by shutting off, resulting in the woman feeling like she isn’t being listened to and brings it up again — this time louder. This definitely causes problems in a relationship. 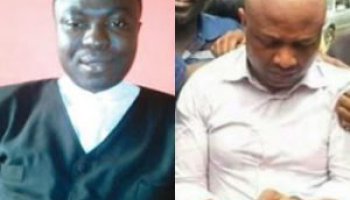