The Rivers state chapter of the All Progressives Congress has said Governor Nyesom Wike’s cash donation to Benue state is a show of “crass stupidity”. Wike had given N200m to the state during his condolence visit following killings by suspected herders on New Year’s day. “The APC is shocked to know that whereas victims of killings and criminality in various parts of Rivers State are licking their wounds and wondering where help will come from, the Rivers State Governor, Nyesom Wike, has gone to visit and donate N200 million of Rivers State to victims of killings in Benue State,” the APC said in a statement. “We recall that beyond highly politicised visits to Omoku recently, Gov. Nyesom Wike has completely ignored killings in various parts of Rivers State, especially in the local government area of his PDP national chairman, Andoni. “The governor has neither mentioned nor visited Ajakajak and other Andoni villages where several persons have been gruesomely killed up till January, 2017.“ Why has the governor not gone to visit victims of killings in Rivers State and donate to their welfare, but chose to travel to distant Benue State to display crass duplicity?” 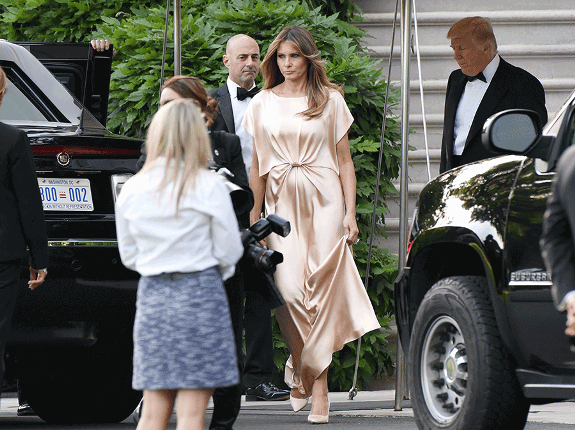 Lol!! Looks Like Donald Trump And His Wife Are Still Fighting. She Refused To Walk Beside Him ( …