[b]The leaders of the Indigenous People of Biafra (IPOB) have issued a stern warning to the Ohaneze Ndigbo leadership on the planned Igbo Summit in Enugu.[/b] The Secretary General of Ohaneze, Mr Uche Okwukwu, was reported yesterday to have warned the IPOB not to carry out its threat of disrupting the summit, insisting that the summit was of great importance to Nigerians in general and Ndigbo in particular. But yesterday IPOB in a statement signed by its Media and Publicity Secretary, Comrade Emma Powerful, described the planned summit as "Fulani sponsored Igbo summit," and warned Ohanaeze not to dare the group by going ahead with the summit, saying that the consequences of such action would be unimaginable if neglected. [quote]"We the Indigenous People of Biafra (IPOB) and our leadership worldwide once again warn Chief John Nnia Nwodo of Ohanaeze Ndigbo not to dare hold the Fulani sponsored Igbo summit in Enugu as earlier warned by the movement. IPOB warned Nnia Nwodo and his collaborators in crime not to dare IPOB or face the consequences from the youth. "We respect and recognize our elders, including freedom of speech and assembly, but not one designed to enslave us in the deadly Nigerian contraption for another 100 years," the group said. IPOB further warned that should Ohanaeze go ahead to hold the summit and in the process had any of its members killed by the Army, the "governors of the South-East and Nwodo would pay with the blood of their children."[/quote] 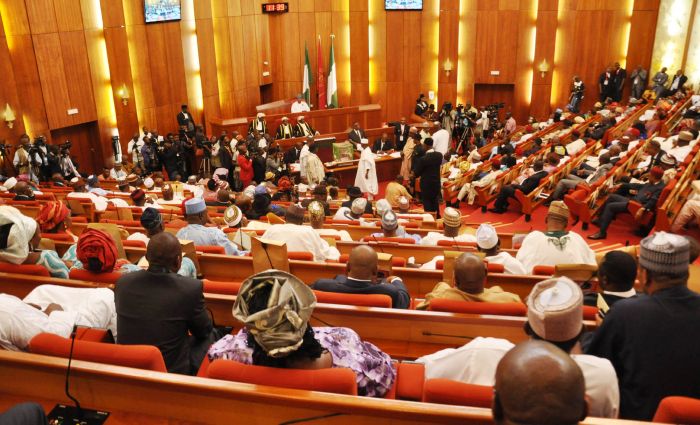 BREAKING News: Nigerian Lawmaker Kidnapped On His Way To Kano

The Weeknd - Hurt You feat. Gesaffelstein