The electricity supply in Nigeria has worsened over another system collapse in the power sector. The collapse Vanguard reports was recorded on Monday, May 8, after a culminated and significant drop in generation transmission and distribution of electricity in various states across Nigeria. In its report on Thursday, May 11, the presidency said there was a sudden drop on the system frequency from 51.06Hz to 43.37Hz. ‘’Prior to collapse, Benin/Egbin 330kV line (cct B6N) was out on fault due to cut sky wire between towers #460 & 461. On May 9, 2017, average power sent out was 3425Wh/hour (up by 468MWh/h). We gathered that the reported gas constraint was 1915MW. “The reported line constraint was 150MW. The reported high frequency constraint was 59MW. The water management constraint was 260MW. The power sector lost an estimated N1, 144,000,000 on May 09 2017 due to constraints,” the presidential report said. Also a study by the NOIPolls showed that power distribution to households dropped by 30% of installed capacity in the first quarter of 2017. The dropped the poll said was attributed to the shortage of gas to the power generating companies and low water levels at the hydro power stations. 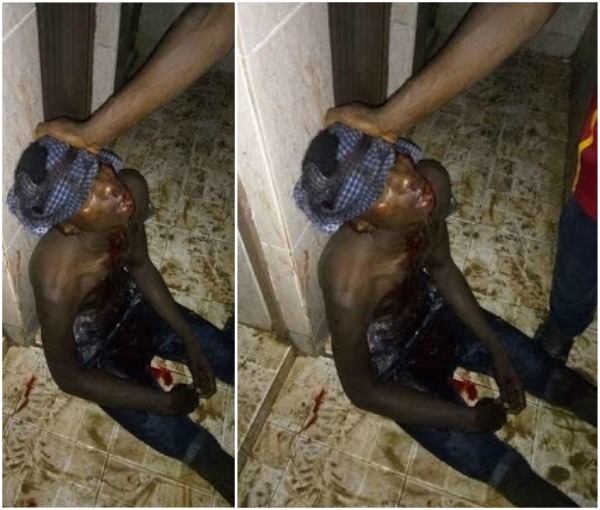 Photo: Thief Beaten To A Pulp For Attempting To Steal A Laptop At A Hostel In Ahmadu Bello University (Photos)