I’m online all day, every day, and so I end up seeing a lot of the #RelationshipGoals memes that float around social media. I’ve seen #RelationshipGoals that range from very cute to sickeningly exaggerated (most are the latter, to be honest). In the beginning, this relationship goals meme was realistic – pictures of happy couples holding hands while walking in the snow, cuddling and watching a movie together, or sleeping with an adorable puppy. But at this point, relationship goals have become completely over-the-top. From long, dramatic declarations of love on an Instagram picture to cuddling in positions that seem extremely uncomfortable, some relationship goals make me want to roll my eyes until forever. At this point, it feels like those #RelationshipGoals pictures or actions that get all the likes and shares aren’t even authentic – it feels like couples are doing this stuff to get attention and 15 minutes of Internet fame. Does that sound cynical and bitter? Maybe, but I can’t help but feel like people care more about looking like #goals than actually being #goals. I oftentimes find that the couples who feel the need to post about their love every day for all to see are the couples who are trying to over-compensate for something (maybe their actual unhappiness). I’ve been dating my boyfriend for a little over five years, and while our relationship isn’t perfect (no relationship is), I am very happy with it. To me #relationshipgoals isn’t about being entangled in his arms and legs while I watch him play video games or reading a sappy Facebook status he wrote – my goals for our relationship are genuinely feeling happy together. And we do that! So, that said, here are some things you should REALLY strive for when dating someone. Because you can make any relationship look amazing online, but that doesn’t mean it truly is – these things do, though. Here are 20 important relationship goals you actually want: 1. Hearing your BF’s phone go off and not feeling the immediate urge to look at it.

With all of the ways someone could cheat on you these days, it’s understandable to be nervous about what your S.O. is doing on their phone while you’re not looking. Or, it’s normal to feel that way when you first start dating. But once you’ve established trust, you should no longer spend time being concerned about who that text they just got is from. 2. Being able to go a few days without seeing each other and not feeling totally freaked out about it.

You know you’re in a good place when you can go a few days without seeing your S.O., and although you miss each other, it’s not the end of the world. This past year, I went to Spain for a week without my boyfriend. I missed him and he missed me, but we didn’t spend the whole time trying to talk or crying about how much we missed each other. It’s so important to be able to have your own lives and do your own things sometimes. Don’t get me wrong, it’s also important to experience things together, but if you’re too dependent on each other, that’s not good 3. Getting into a fight and realizing that fight doesn’t automatically mean you’re going to break up.

When you first start dating someone, getting into an argument with them makes you feel all sorts of nervous about whether or not the relationship will end because of it. After you’ve been together for a while, you realize that little arguments every once in a while are normal and aren’t the end of everything. That sounds depressing, but it’s actually where you want to be. 4. Going out with your friends and not being bombarded by texts from him asking what you’re doing.

You know what’s not cute? Trying to hang out with your friends during a girl’s night but having to field 20 different texts from your boyfriend who is freaking out because he’s not with you. You know what IS cute? Having a fun night out and then texting your BF afterwards to chat. 5. Not feeling the need to text each other 24/7.

Speaking of texting, you should WANT to get to the point in your relationship where you two don’t feel the need to be tethered to your phone. Again, it’s important to do your own thing without being totally dependent on each other. 6. Being able to be alone with his mom for more than five minutes without wanting to run and hide. miley Once you’re able to hang out with his family even if he’s not around, you know you’ve made it. 7. Hanging out but just sitting next to each other doing your own thing and feeling comfortable. cute couple There’s something really nice about a hangout sesh with your boyfriend that involves you reading a book while he watches his show. It’s nice to be able to do your own thing while still being together. Of course, every single hangout shouldn’t be you guys doing this, but you know what I mean. 8. Not feeling like you have to have sex every time you see each other. dancing Sex is great, but it’s not the only part of a relationship. It’s nice to get to a point where you don’t feel like you HAVE to do it every single time you see each other – you do it if you want! 9. Leaving your phone laying around because you know he/she isn’t going to go through it. cell phone Worrying about your boyfriend going through your texts because he’s jealous? Not cool. I see a lot of #relationshipgoals posts like, “when he doesn’t have a passcode on his phone” or “when he asks you to check his new text instead of checking it himself.” To me, this seems more like a #goal for the girl to be able to go through his stuff when she wants than a #goal of trust. 10. Being able to tell bae you think someone else is cute without them freaking out and vice versa. laughing Hi, newsflash: attraction to others does not magically disappear when you enter a relationship. You’re still going to think other people are cute, and the same goes for your significant other. Once you can stop acting like noticing someone’s looks is cheating, you’re in a pretty good place together. 11. Laughing during sex because something weird AF just happened. cute You know what’s weird? Sex. Funny, embarrassing things happen, and if you can laugh about them with your partner instead of feeling the urge to run away, you’re in a good place. 12. Taking care of each other when one of you is sick. sick You know you’ve reached #goals level when your boyfriend is happy to take care of you when you’re not feeling well. 13. Feeling comfortable enough to be totally gross around each other. fart If you still have to pretend like you don’t fart or poop or burp because lol you’re a *~*girl*~* that stinks. Being able to be “gross” in front of your partner indicates a level of comfort and trust that is amazing to have. 14. Talking about future plans without wondering if they’ll actually happen. talking It’s so nice to discuss your plans for a vacation in a year without wondering to yourself, “Will we really still be together in a year?” 15. Having a whole conversation in inside jokes that no one else understands. inside joke One of the cutest relationship goals is getting to that point where you have enough inside jokes to have entire conversations together that other people don’t get. 16. Not even having to ask if they’re coming with you to an event because you know they will. seth summer You were invited to a party? Your S.O. will probably be with you. Got a plus one to a wedding? No need to stress about that. Your significant other doesn’t have to do EVERYTHING with you, but it’s nice to know they probably will if you need them to. 17. Or when his family assumes you’re coming to something without even asking. haleb Isn’t it so nice when his family or friends just assume you’re going to be around because they’re so used to you being there? Awwww. 18. Finding TV shows you binge watch together instead of going out. next Going out and being social is great! But it’s nice to also be the couple who can spend an entire weekend in bed watching the same TV show and being cozy together. 19. Not feeling pressured to write about how great your relationship is on social media because you don’t need to. kiss gif There’s nothing wrong with letting the world know how you feel about bae. But when you feel the need to make a spectacle of your relationship every single day, it seems like you’re over-compensating. It seems like it’s too much. Relationships are about two people, not about the attention two people can get by making others jealous. 20. Getting excited to see each other even after a long time of being together. excited Even after years of dating, you should still feel a little bit of excitement about getting to see your boo. That’s a good sign! 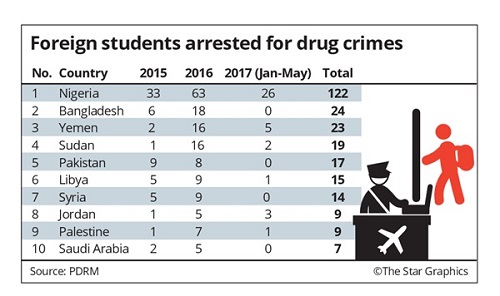 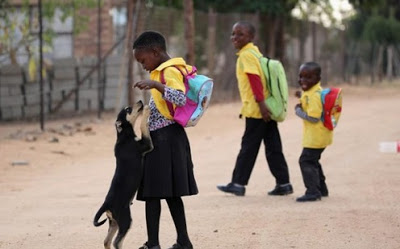 South African Court Bars Schools From Promoting Any One Religion