During the recent Twitter war between Davido and Mr Patrick, a fake tweet where Davido allegedly made negative insinuations about his son went viral. The obviously fake Tweet came up following rumours and allegations that Perruzi was sleeping with Davido’s fiancée, Chioma and that Peruzzi pimped Chioma. An allegation that first emanated from Kemi Olunloyo last year before it trended again recently. The fake tweet said to be from Davido, apologized to Kemi Olunloyo, stating that Ifeanyi Adedeji Adeleke may not be his biological son. Now, Davido has come out to rubbish the tweet and those that spread and believed it. Davido said the Tweet is FAKE and photoshopped 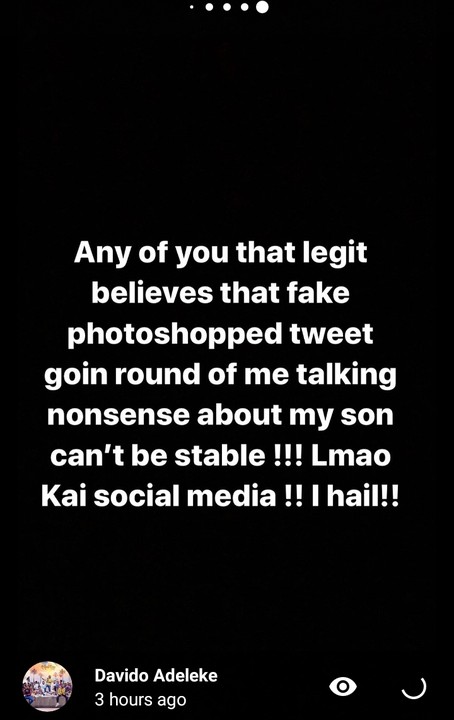 Taylor Swift – ME! ft. Brendon Urie of Panic! At The Disco

a week ago
Song of The Week
Plenty Dollars – Onye Nku
6 days ago
Video of The Week
Buju – Outside
6 days ago
Suscribe
Receive our latest updates, songs and videos to your email. We promise we do not spam.
Top Post Type
Music Video Series Album News