Chelsea secured their fifth Premier League title with a dramatic late victory at West Brom. Substitute Michy Batshuayi scored in the 82nd minute to secure the vital win, sliding in to turn home Cesar Azpilicueta’s cut-back from close range. After nearest rivals Tottenham lost against West Ham on 5 May, Chelsea needed only two wins from their final four matches to take the trophy. They convincingly beat Middlesbrough 3-0 on Monday and wrapped things up with victory at The Hawthorns. Watch & Download Highlight below:- [youtube]XrSavU9vacY[/youtube] 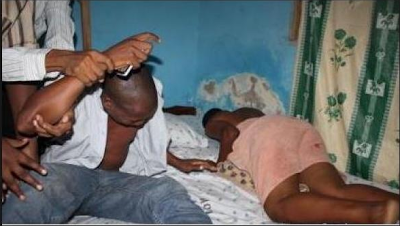 Husband Caught Having Sex With A Neighbour In A Toilet