The All Progressives Congress in Ese Odo council area of Ondo State has expelled the lawmaker from the council area, Mr. Success Torukerijoh for backing out of the impeachment of the defected deputy governor Hon Agboola Ajayi. Torukerijoh represents Ese Odo state Constituency in the state house of assembly. He is one of the nine lawmakers that dissociated themselves from the impeachment of the state defected deputy governor, Agboola Ajayi. His expulsion was announced at an enlarged party meeting held at Igbekebo, the local Government headquarters area of the state over the weekend. The leaders also flayed the embattled Deputy Governor over his refusal to vacate office even when he had castigated the party that brought him to office. They insisted that the deputy Governor of Ondo State must resign his position since he has dumped the party. The meeting was presided over by the State Deputy Chairman of the APC, Agabra Ikoto Atili, and attended by notable leaders including the commissioner for Information and Orientation, Donald Ojogo, deputy chief of Staff, Jimi Kuforiji, among others. According to the leader, Torukerijoh was expelled for anti-party activities and misrepresentation of the APC at the State Assembly. The motions for the deputy governor to resign and the expulsion of the lawmaker was moved by Hon Richard Omosehin and seconded jointly by Ojogo and Hon Corporal Nanaopiri. My expulsion is illegal and embarrassing — Torhukerhijoh Responding, Hon. Success Taiwo Torhukerhijoh faulted his expulsion from the party describing the action of the party leaders as ridiculous and embarrassing. He added that the news of his expulsion has again shown clearly that the leadership of the party has run out of any iota of decency. He noted that his refusal to sign the impeachment process of the Deputy Governor, His Excellency Agboola Ajayi represents the popular wishes of the greatest number of my constituents. “This harassment and intimidation by the Speaker, Rt Honourable David Oloyeogun to force me to sign against my conscience and convictions show the desperation and agony of a ‘Fortunate Fool’ who finds himself in the position he lacks the intellectual capacity to cope with.” l am not oblivious of the backing of Mr. Governor in all of these clandestine moves to conscript my humble self to sign at all cost and by all means. He added that ” Let me reiterate my commitment to holding on to this noble cause. I remain focus” 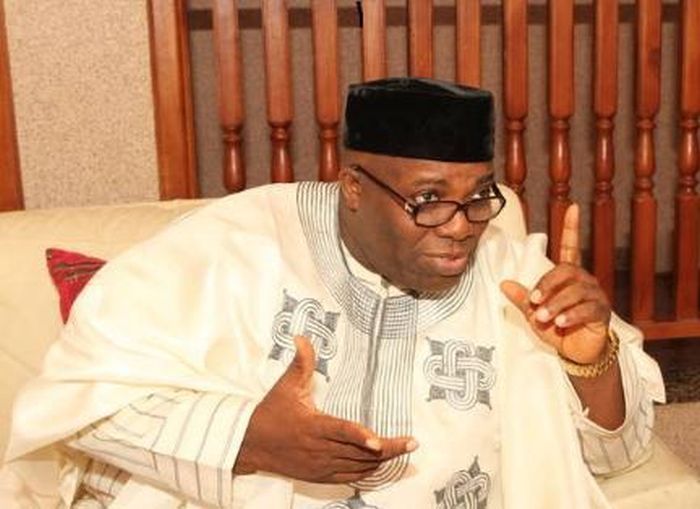 Why Majority Of Northerners Are Angry With Igbos – Doyin Okupe Reveals

3 weeks ago
Song of The Week
Ycee – Aunty Lovina ft. Patoranking
4 days ago
Video of The Week
Lojay x Sarz – Monalisa
4 days ago
Suscribe
Receive our latest updates, songs and videos to your email. We promise we do not spam.
Top Post Type
Music Video Series Album News