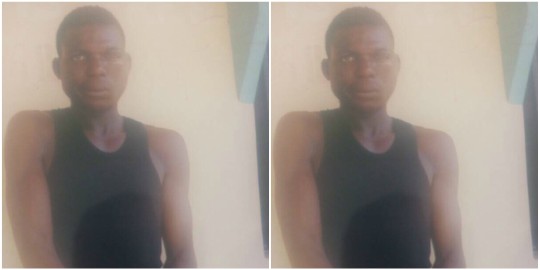 In what seem to be fear of being exposed, it has been alleged that arrested 20-year-old man, Badmus Gbadamosi, reportedly killed his room-mate who warned him to stop robbery. Gbadamosi who was arrested by officers of the Ogun State Police Command, allegedly shot dead 27-year-old Friday Michael, while he was asleep.

It was gathered that incident occurred at Mamu, Awa-Ijebu, Ogun State around 6:30a.m. According to a source, the deceased confronted Gbadamosi on two occasions to desist from following robbers, but he refused. He said neighbours, who heard the gunshot, notified the police. Confirming the incident, command spokesman Abimbola Oyeyemi said the suspect killed his room-mate with a locally-made pistol. He said: “Investigation showed he is a member of a gang terrorising residents.”