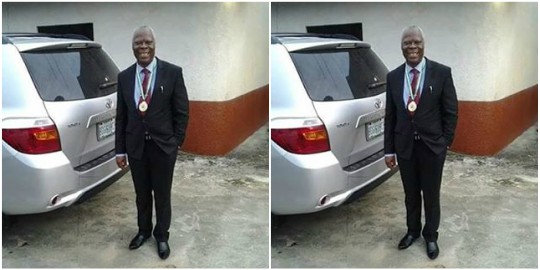 A retired ExxonMobil worker, , Dr. Idongesit Udom, who was held captive for 31 days in Kidanpper's den, has finally regained his freedom. However, the retired staff, who is also the Proprietor of Sure Foundation Polytechnic, Ukanafun Local Government Area, Akwa Ibom State, lost one of his fingers chopped off for failure to pay the N70 million ransom demanded. According to a family source, Dr. Idongesit, who was kidnapped in his village, Nneke, on April 9, was released in the early hours of Wednesday, at Aba, Abia State, after a N5 million ransom was paid. “The kidnappers were angry when N5m was paid to them. They told the family contact that the N5m was for the victim’s welfare. Maybe because they could not get more money, they decided to chop off one of his fingers. However, the family is happy that he is alive. He is currently receiving treatment in a hospital after being in the kidnappers’ custody for one month. The kidnappers had demanded N500 million ransom from Udom’s family but later reduced it to N70 million after two weeks of negotiation. . At a point, they asked that Sure Foundation Polytechnic be sold to raise the ransom" he said. When contacted, the state’s Police Public Relations Officer, DSP Chukwu Ikechuwu, who confirmed Dr. Udom’s release, added that investigations were still ongoing to track down the hoodlums.