Chima Umesi was 4 years old when he was reported missing by his father in Akabuka community of Ogba/Egbeme/Ndoni Local Government Area, Rivers State in 2011. The birth of Chima Umesi still lives as a mystery as his mother was a mad woman when she gave birth to him. Although, Chima’s mother already had 2 children (male & female) before she had the mental illness. Chima’s father who loved his wife, contained her in his house as she goes out to the street, and returns home.

However, when Chima got missing, his father searched for him, together with neighbors. A year later, Chima’s mother died. His father also died few years after the death of his wife, leaving his 2 children to his elder brother.

Just about 5pm yesterday, a relative to Chima’s family brought him home, saying “I saw him in a street in Omoku, and I was moved to bring home for questioning. After a series of questions, I found out he was my relation”

Chima who is now 14years old revealed the identity of the woman he was staying it. From the little investigation done, a woman who lives close to his house stole and sold Chima out. The said woman have been accused of child trafficking on several occasions, including that of her grand child.

Chima’s uncle who chose to handle the case in the traditional way said the 14-year-old boy looks sick, and not mentally sound, thereby suggesting money ritual case. The family was happy to have him back as investigation is ongoing. 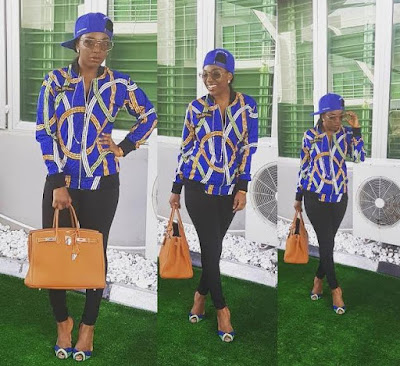 3 weeks ago
Song of The Week
Ycee – Aunty Lovina ft. Patoranking
12 hrs ago
Video of The Week
Lojay x Sarz – Monalisa
12 hrs ago
Suscribe
Receive our latest updates, songs and videos to your email. We promise we do not spam.
Top Post Type
Music Video Series Album News