The Lagos State Government Monday formally inaugurated the state-owned oil company, Ibile Oil and Gas Corporation (IOGC), as a business arm of the state in the oil and gas industry. Speaking at the formal inauguration of the company’s corporate head office in Lagos, the state Governor, Akinwunmi Ambode, said the initiative was another giant step in the determination of the state to leverage on the recently acquired status of oil producing state in Nigeria. He said the company was set up to manage the downstream and upstream activities of the state and protect the interest of all stakeholders. “Lagos State is at the threshold of witnessing a boost in economic growth and employment generation given the evolving developments in its investment climate, particularly the oil and gas sector. The Dangote refinery, the largest in Africa and one of the biggest in the world, will soon come on stream at the Lekki Free Trade Zone (LFTZ). This multi-billion dollar investment will effectively complement the oil exploration activities of Yinka Petroleum and other oil exploration companies that will also operate in the Dahomey Basin in the future. This will complete the Lagos State oil and gas security tripod of exploration and logistics in the western axis, refining in the eastern axis and funding and exportation through the banks and the ports in the central axis,” Ambode explained. The governor said with the inauguration of the office complex, the Ibile Oil and Gas Corporation is being positioned to become a leading player in the oil and gas industry. He said his government was aware of the multiplier effects that a viable oil and gas industry would bring about in terms of investment opportunities that would be created in allied industries and sectors of the state economy. According to him, this has been the main driving force behind his commitment to develop strategies and policies that will continue to ease the process of doing business in the state. Ambode, who was represented by the state Commissioner for Energy and Mineral Resources, Mr. Olawale Wasiu Oluwo, added that “as a government, we are also not unmindful of the potential risks inherent in the oil and gas exploration industry in terms of oil spills, underwater aquatic contamination, gas flaring, community conflicts, youth restiveness, and health and safety issues.” He, however, noted that the state government is taking proactive measures and would soon commit substantial investment to prevent possible occurrence of these challenges. In her welcome address, the Managing Director of the company, Ola Debayo-Doherty, stated that to flag off the company’s operations, the company is finalising the front –end engineering design and development work on a gas commercialisation project to be completed in 2019. According to her, the project will enable the achievement and realization of the state’s aspiration to make a step change and become the preferred business hub in Africa and also grow its economy to transform into the desired mega city. 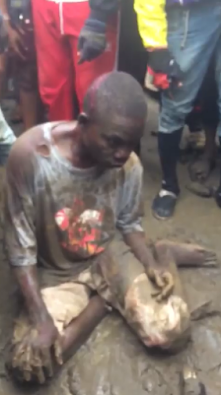