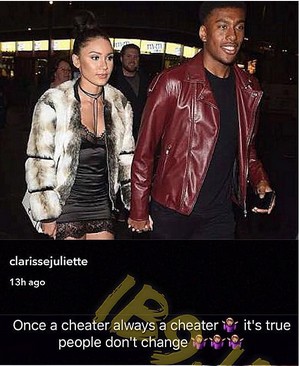 Super Eagles striker, Alexander Iwobi, is single after 4 years. The Arsenal star, who has become part of the B team of late, has reportedly been dumped by his girlfriend Clarisse Juliette after he cheated on her. The former couple has also deleted each other’s photos from their respective social media pages. See photos below;

Buhari And His Family Are Objects Of Orchestrated Falsehood – Presidency Reveals