How did Desmond Elliot move from a household sweetheart to a villain? | Gidicloud

How did Desmond Elliot move from a household sweetheart to a villain? - a month ago

Dear Desmond Elliot, where did you get it wrong?

Desmond Eliot was a sweetheart until the tides changed and things probably fell apart in the year 2020.

Once upon a time, a movie is not a movie without the likes of Emeka Ike {where this one even enter sef, well, story for another day}, Ramsey Nouah, Desmond Elliot, Genevieve Nnaji, Omotola Jalade-Ekehinde to mention but a few in it.

Desmond Elliot in the 21st Century is being dragged around like ‘tiger generator’, trending on Twitter an average of once a week.

If the trends continue and there is a trophy to be won, former darling, Desmond will definitely bag the trophy.

According to ‘Twitter Community’ mentra, “Blame Desmond Elliot for everything”.

But wait first, Desmond, what did you do {How you take land yourself for pot of soup}?

The year of the Lord, year 2020, happened, and just liked it messed up all things, it struck twice on Desmond Elliot’s corner.

The actor turned lawmaker added to his strides as a politician when he won the seat to represent Surulere constituency in the Lagos State House of Assembly.

Following the event of #EndSARS protest that took a turn for the worse on October 20th, 2020, Hon Desmond Elliot, while addressing the house, referred to how sad it made him feel to find ‘children’ cursing.

His words: “…When I went through the comment, I could not believe it, the curses, the abuses from children, I ask myself, is this Nigeria…”

He received a lot of backlash in reaction to his statements and he also apologised for addressing youths as children.

He even came out crying in a video, saying how sorry he was.

But Nigerian youths seem to be finding it hard to let it go.

The Lagos lawmaker also called for the regulation of social media in Nigeria following the #EndSARS protest.

From October 2020, Desmond Elliot has gradually gotten to a place where he is the villain in every story, regardless of if it’s his fault or not.

He trends on a regular regardless of if it is his business or not.

Dear Desmond, what will you do now?

Even if he cries a river at this point (more trouble as people would only have that pako (wooden) bridge to walk on), but it just might not work.

He is an award-winning actor, producer and movie director that won the hearts of many, which won him a seat in the Lagos State House of Assembly but there seems to be no working retribution for his sins.

Even our very own cute face Minster, Isa Pantami wey dem allege with links to terrorism sef get supporters, bad as e bad; Desmond, where are your fans?

Did they go on leave or they suddenly stopped being a fan but at least, you must still get die-hard fans na, where dem dey?

Fact Check has shown that: “The claim that Mr Elliot called for the regulation of social media in Nigeria as a result of the #EndSARS protest is misleading.

The headline of the reports did not match the content as there was nowhere in Mr Elliot’s speech where he categorically said social media should be regulated in Nigeria.”

In a new era that has ushered in moments of support for people even over the most insane things, making a case for them on social media, even Eedris Abdulkareem surprisingly was vindicated by Social Media, Father Mbaka nko, him sef get supporters, even the ‘liquid metal’ himself, ‘Indaboski’, Pastor Odumeje has people who make case for him, or could it be that he is hated because he is in government? Abi who go cut soap for Desmond like this?

Is Desmond Elliot as an Honourable member of the House of Assembly different from the all-time sensation and award-winning actor, Desmond Elliot?

Should he appease the gods?

If yes, who are the gods?

What should Desmond Elliot do? 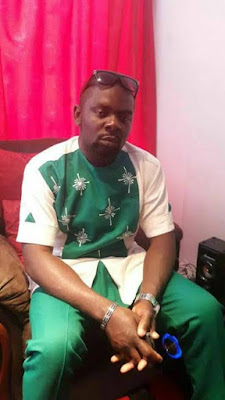