Under the auspices of Concerned APC Youths in Kwara, a group has petitioned justice minister Abubakar Malami over the appointment of local government transition committees by Governor AbdulRahman AbdulRazaq.

They condemned the recent constitution of the Transition Implementation Committee (TIC) for the 16 local government councils in the state.

The youths described the TIC as illegal and unconstitutional, calling for the intervention of Mr Malami.

The petition, signed by 36 youths drawn from the 16 local government areas, declared that Mr AbdulRazaq acted illegally in the constitution of the TIC.

According to the petition, there are judgments of the Supreme Court against the appointment of TIC in local governments.

The petition stated, “We are requesting that you use your very good office to ensure that the wishes of the members of the APC and the good people of Kwara state, who desperately yearn for the overall development of the state, is served.

“This is only possible through the democratic process of electing substantive executive chairmen, who will be chosen by the people of such councils to administer their affairs.

“We need to state for emphasis that we are seriously in a state of doubt over the sincerity of the governor of Kwara state in having such illegality addressed in the interest of democracy.

“You will remember that as of this day, there have been judgments of the Supreme Court of Nigeria regarding two states, Oyo and Ekiti, against the legality and constitutional acceptability of the appointment of TIC to the local councils of the states.”

According to the APC youths, it was after the court judgments Mr AbdulRazaq appointed the TIC.

“This is in defiance to the Supreme Court judgment,” the youths told Mr Malami.

They added, “We are currently in confusion as to whether the matter at hand is a case of our state governor challenging the authority of the office of the attorney general of the federation.” 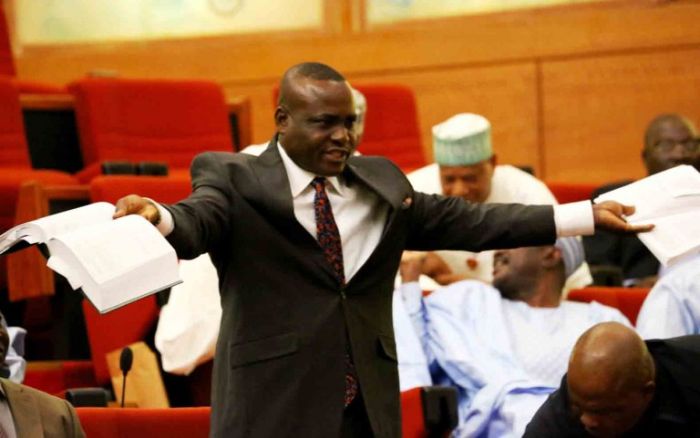 Why 2017 Budget Has Not Been Signed Into Law – Presidency Reveals

2 weeks ago
Song of The Week
Dotman – Smile
18 hrs ago
Video of The Week
Ajebo Hustlers – Yanfu Yanfu
18 hrs ago
Suscribe
Receive our latest updates, songs and videos to your email. We promise we do not spam.
Top Post Type
Music Video Series Album News